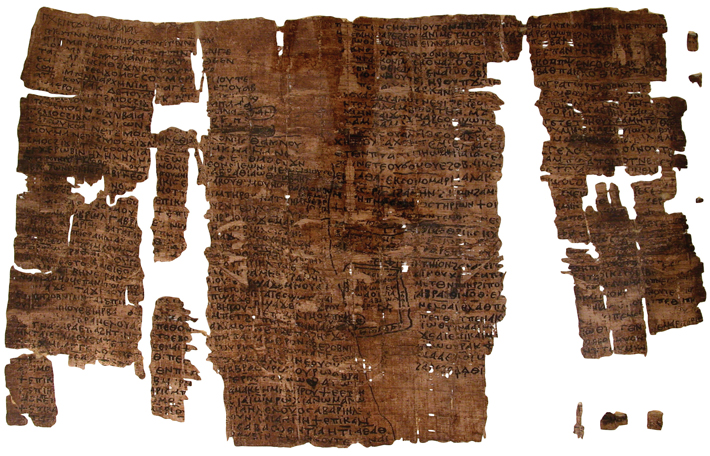 A large papyrus sheet discovered in 1934 has been translated for the first time. It was found at the pyramid of Senusret I at Lisht in Lower Egypt by a team sponsored by the Metropolitan Museum of Art. The text is written in Coptic, an Egyptian language that adapts the Greek alphabet, and dates to the fifth or sixth century A.D., when Christianity was widespread in Egypt. According to Michael Zellmann-Rohrer of the University of Oxford, who translated the text, it consists of a prayer, some of which would have been inscribed on a physical object to make what is known as a textual amulet. This is a well-known practice in the Egyptian tradition, but somewhat more unusual in a Christian context.

The text quotes at length from a prayer by Seth, a son of Adam and Eve, which is believed to have caused a theophany, or an appearance of God. “The user wants, if not a theophany, then at least the full attention of the divinity,” says Zellmann-Rohrer, “so the best way to achieve that will be to repeat the prayer that Seth is supposed to have used.” Another notable feature of the text is that it refers to an angelic power several times as “the one who presides over the Mountain of the Murderer.” Zellmann-Rohrer says this is likely to be a reference to an alternate version of the story of Abraham and Isaac from the Book of Genesis in which Abraham goes ahead with the sacrifice of his son rather than being stopped by God at the last minute.