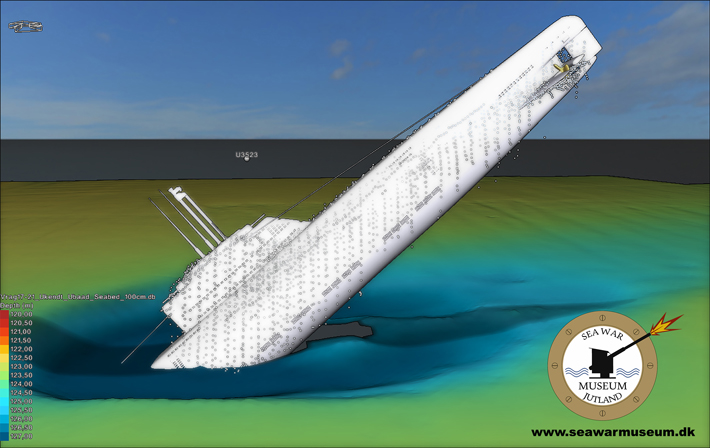 Researchers from Denmark’s Sea War Museum Jutland used multi-beam echo sounding to locate the wreck of infamous Nazi submarine U-3523 in 400 feet of water, 10 miles north of Skagen in the Skagerrak strait. The technologically advanced U-boat had the potential to revolutionize naval warfare because it could sail for prolonged distances without needing to resurface, but it was sunk by a British aircraft on May 6, 1945. “It was a surprise to find the submarine there, since we believed it was at least 10 miles to the east,” says Gert Normann Andersen, museum director. “But on the scan we recognized the silhouette and were sure it was U-3523.” After WWII’s conclusion, rumors circulated that the submarine may have been fleeing while carrying high-ranking Nazi officials and a cargo of Nazi gold. Since the wreck is being treated as a war grave and will not be disturbed, who or what U-3523 was actually transporting will remain a mystery.