To celebrate the 270th anniversary of Pompeii’s discovery, authorities have revealed the latest finds unearthed in the famous ancient Roman city. The current excavations, which are part of the largest exploration of new material since World War II, took place in a 1,200-square-yard strip along the northern border of the site, where the unexcavated and excavated parts of the city abut. Although there is a moratorium on any digging in roughly one-third of the site that remains buried from the A.D. 79 eruption of Mount Vesuvius, the current project is part of essential conservation work aimed at stabilizing high earthen sections of the unexcavated city that are susceptible to collapse.

Archaeologists first had to remove soil that had accumulated during nearby excavations in the nineteenth and early twentieth centuries. To their surprise, they found a wealth of ancient material in these deposits, including fragments of frescoes, broken artifacts, and architectural decorations that had been disregarded by previous excavators. After the subsequent removal of the ashen volcanic layers, parts of an ancient street as well as several buildings and a garden were brought to light for the first time in almost 2,000 years. The entranceway to one partially excavated house exposed the remains of a well-preserved fresco that features a pair of dolphins painted on a dark red background. 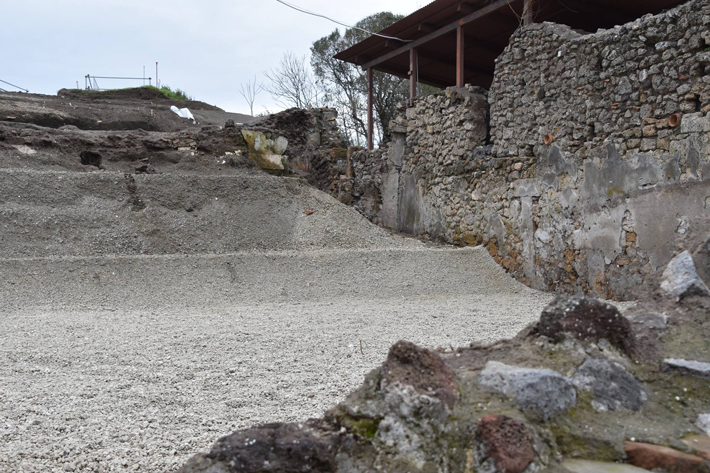