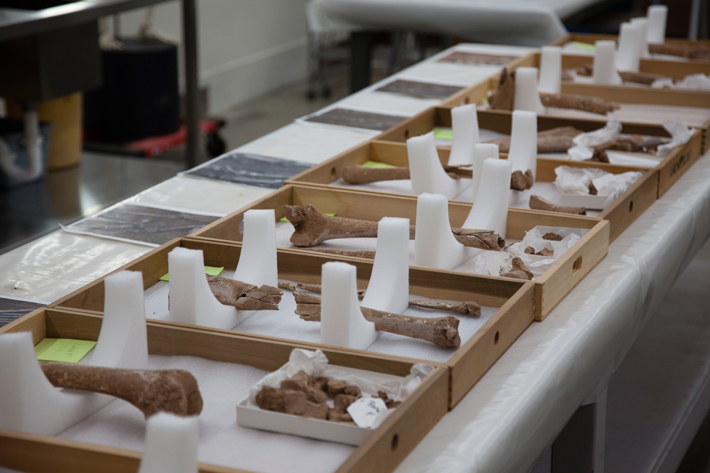 For three days in August of 1862, a small stream called Bull Run near Manassas, Virginia, became the site of one of the most decisive contests of the second year of the Civil War. Just 13 months before, the Battle of First Manassas, also known as the First Battle of Bull Run, had been fought in this same location—but the second engagement was to prove far more deadly. Some 125,000 men were engaged in battle, with 3,021 killed, 15,263 wounded, and an unknown number captured or missing on both sides. 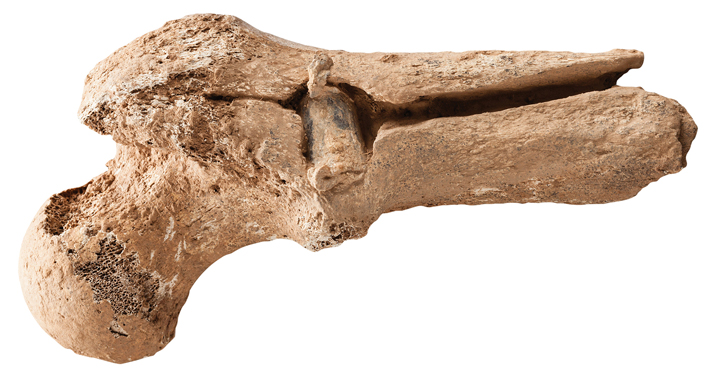 During utility work on the battlefield, archaeologists made a stunning discovery less than a foot below the surface—a surgeon’s burial pit filled with 11 amputated limbs and two nearly complete skeletons, the first such pit ever to be excavated and scientifically studied. Isotopic analysis combined with evidence of uniform buttons and Enfield bullets has revealed that the men were Union soldiers from the Northeast, and that they likely died on the final day of the Battle of Second Manassas (or the Second Battle of Bull Run). Further examination of the bones, and in particular the cuts on the amputated limbs, is enabling scientists at the Smithsonian Institution to appreciate the extraordinary skill of the surgeon involved in making and executing potentially lifesaving decisions during the chaos of battle.