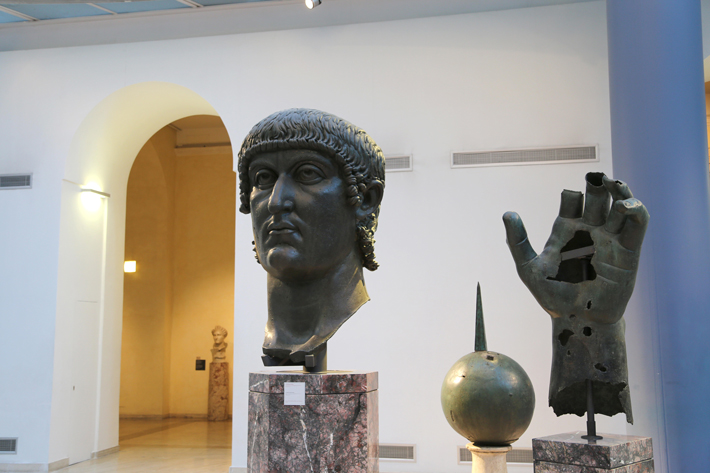 The 1.2-foot-long bronze index finger of a massive fourth-century statue currently on display at Rome’s Capitoline Museums, thought to depict the Roman emperor Constantine, has been rediscovered in the Louvre. Aurélia Azéma, now of the French Laboratory for Research on Historical Monuments, made the discovery after studying the finger—which came to Paris from a private collection in 1861 and was originally cataloged by curators as a “Roman toe”—for a doctoral dissertation on ancient bronze techniques. “The finger was an interesting case to illustrate manufacturing techniques, particularly the welding of colossal bronzes,” Azéma says.

Meanwhile, the pieces of the Constantine statue in Rome—which is thought to have stood nearly 40 feet tall—include an enormous head, a sphere, a left forearm, and a hand missing its palm, and were also important for her research. “In looking at the finger and comparing technological features with those of the Constantine statue, the similarities were everywhere,” she explains, “in size, casting, repairing, welding, and gilding.” The link between the finger and the statue was confirmed beyond all doubt when a team of Azéma’s colleagues from the Louvre and the French Center for Research and Restoration of Museums constructed a 3-D model of the finger and brought it to the Capitoline Museums for a fitting. “It was like two pieces of a puzzle,” Azéma says.