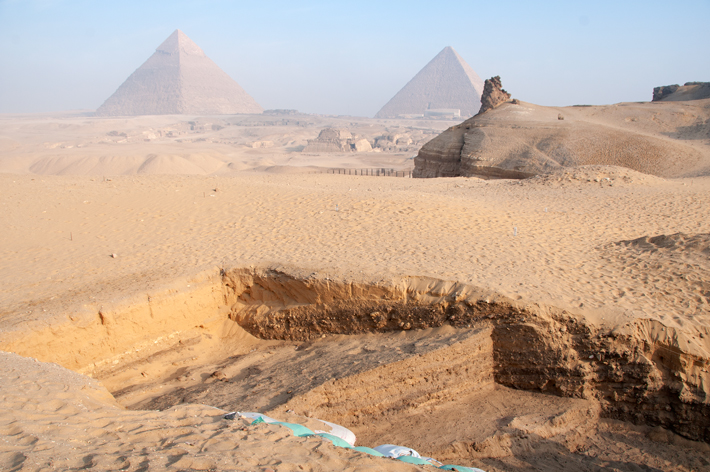 A large number of livestock bones found in a mound of settlement debris on Egypt’s Giza Plateau are offering possible insights into the diet of workers who toiled there some 4,500 years ago. Amid the debris, archaeologists from Ancient Egypt Research Associates (AERA) have unearthed sealings dating to the reign of the 4th Dynasty pharaoh Khafre (r. ca. 2520–2494 B.C.), along with chunks of painted plaster suggesting the material is from wealthy settlements. 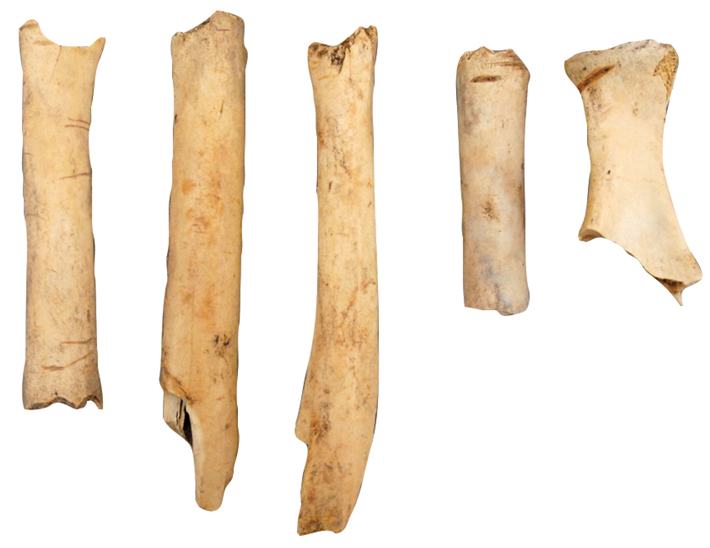 They also found a concentration of long, meat-bearing sheep and goat bones, many of whose ends had been snapped off. Two Egyptian archaeologists taking part in a field school at the site immediately recognized that the snapped-off ends were likely used to make gelatin soup, a cheap source of protein enjoyed to this day in Egypt. AERA director Mark Lehner suggests the meat from the bones was likely reserved for the area’s elites, while workers—quite possibly those who built Khafre’s pyramid, the second largest in Giza—were allotted the bone ends to make a protein-rich stew.