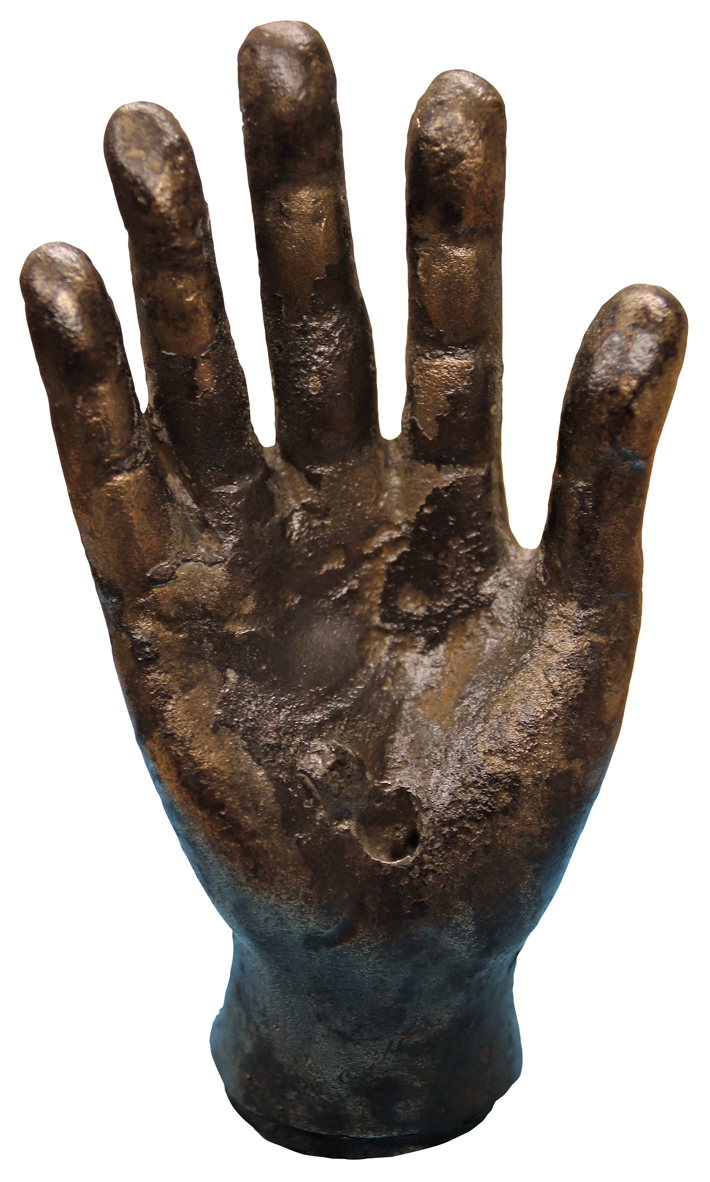 Archaeologists believe that a bronze hand from the Roman fort of Vindolanda was associated with the cult worship of Jupiter Dolichenus at the site. The palm of the four-inch hand may have once held a small effigy of the god, who was often depicted riding a bull and grasping an ax and a lightning bolt, says Vindolanda director of excavations, archaeologist Andrew Birley. The hand was originally attached to a staff that was likely used to bless worshippers. Although much is still unknown about the cult of Jupiter Dolichenus, it is believed that its origins lie in the Near East. “What little we do know is that the cult was open to both men and women, and to different social strata in Roman society, which would make it appealing to a broad audience,” says Birley. Both the hand and the temple of Jupiter Dolichenus in Vindolanda date to the early third century A.D., a tumultuous period in Roman Britain, fraught with war, rebellion, and bloodshed.