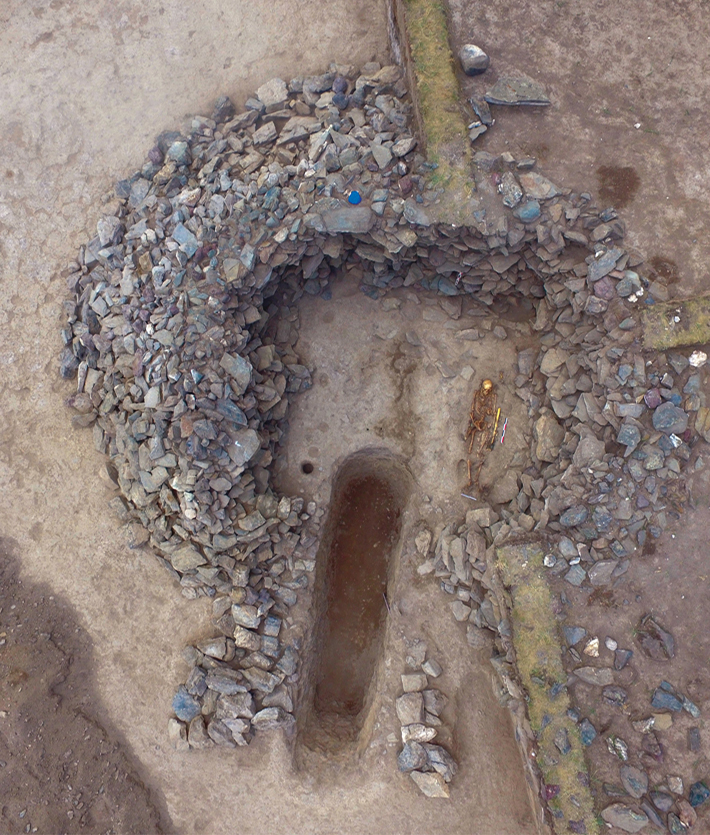 In a valley in eastern Kazakhstan’s remote Tarbagatai Mountains, archaeologists recently excavated a kurgan, or burial mound, holding the remains of two Iron Age teenagers who lived roughly 2,700 years ago. The two belonged to the Saka, a nomadic Iranian-speaking people closely related to the Scythians, who occupied much of Central Asia from the eighth to the second century B.C. Led by Zainolla Samashev, director of the Margulan Institute of Archaeology, the team identified the scant remains of a young woman of about 16 whose grave had been looted and the undisturbed skeleton of a man no older than 19. The man wore a golden torc around his neck, held a gold and bronze dagger, and was equipped with a gold-plated wooden quiver holding arrows with bronze tips. Both teenagers were buried in finery once covered with gold beads and gold appliqués of miniature deer heads with oversized antlers. 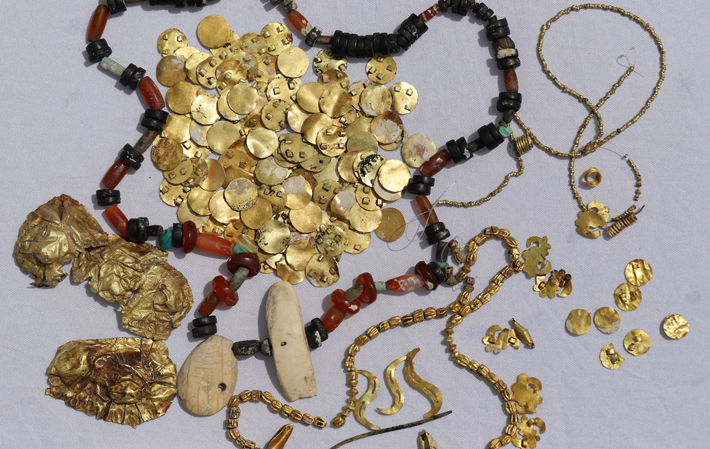