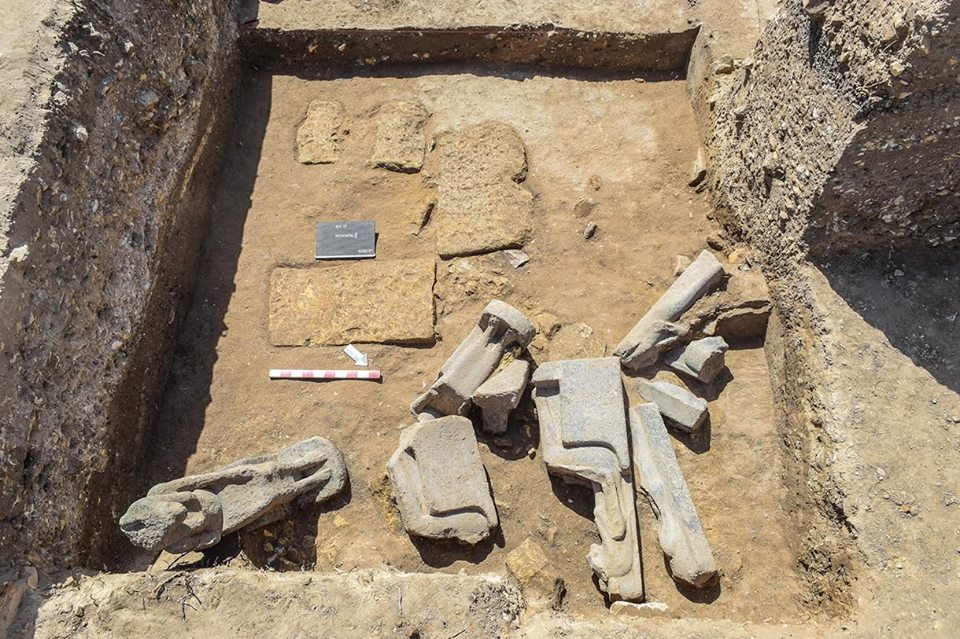 LUXOR, EGYPT—Ahram Online reports that a black granite statue of Amenhotep III has been unearthed at the pharaoh's temple, which is located on Luxor’s West Bank. “It is a masterpiece of ancient Egyptian sculpture: extremely well carved and perfectly polished,” said Hourig Sourouzian, director of the Colossi of Memnon and Amenhotep III Temple Conservation Project. The statue depicts the king as a young man and is thought to have been commissioned early in his reign. Once it has been conserved, that statue and a similar one discovered in 2009 will be returned to the temple site for display. The excavation team has also recovered 66 parts of statues representing the powerful lion-headed goddess Sekhmet. All of the sculptures, which had been toppled by an earthquake, were uncovered while the researchers were looking for the remains of a wall that separated the temple’s Peristyle Court and Hypostyle Hall. For more on archaeology of Egypt, go to “Royal Gams.”