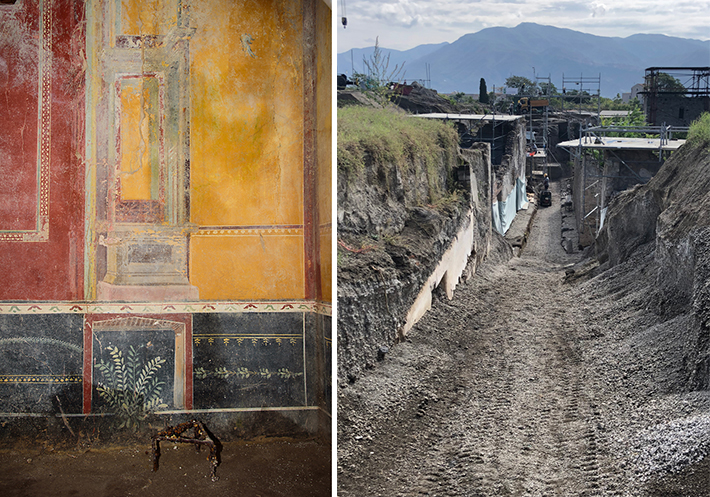 Despite more than 250 years of almost continuous exploration, fully one-third of the ancient city of Pompeii had never been excavated. In 2018, this all changed.

The A.D. 79 eruption of Mount Vesuvius left the city buried under volcanic material, creating a nearly perfect record of the day’s activities—bread baking in ovens, houses under renovation, gardens being tended. But, in the unexcavated sections, all that mud, ash, and hardened bits of lava called lapilli has been collapsing and sliding toward previously excavated properties. This threatens the safety of both visitors and the ancient houses. “Something had to be done,” says Massimo Osanna, general director of the Archaeological Park of Pompeii.

The array of frescoes unearthed during the first large-scale excavations of the previously unexcavated area called Regio V, one of the nine regions into which archaeologists divide the city, has been truly extraordinary. And, says Osanna, “They are the first to be uncovered using the most up-to-date techniques of analysis, conservation, and preservation.”