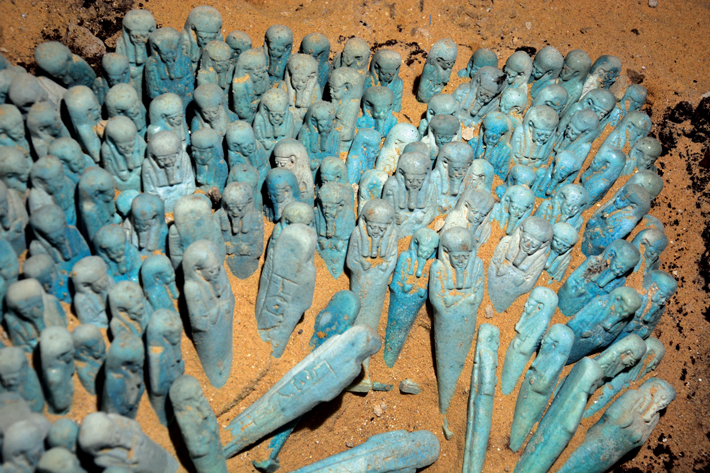 At the vast Egyptian necropolis of Saqqara, German and Egyptian archaeologists have unearthed a type of ancient funeral parlor. This establishment, the first of its kind ever identified, provided mummification services as well as communal burial chambers for the dead. It has revealed tantalizing new clues to how mummies were made during the Saite-Persian period of the mid-first millennium B.C. The rectangular building, composed of mudbrick and limestone blocks, contained large vats where bodies and linens were prepped for preservation. At the bottom of a 40-foot-deep shaft, the team found an embalming chamber where hundreds of ceramic bowls and cups were stored. Many of these vessels had labels listing specific oils and substances, along with instructions for how they should be used in the mummification process. 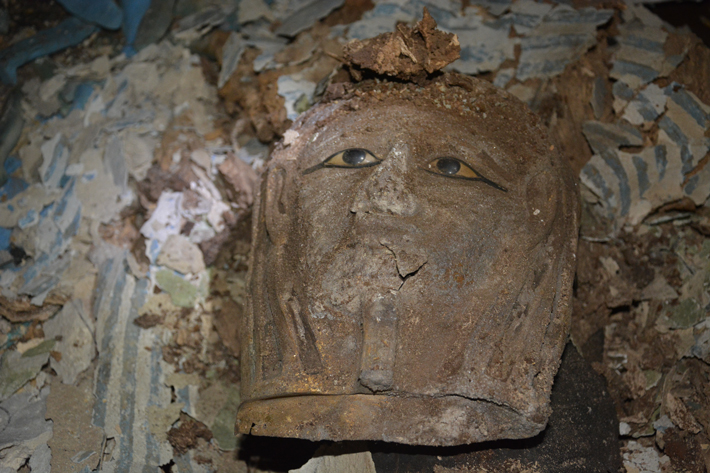 From the workshop’s open courtyard, a nearly 100-foot-long tunnel led down to a series of burial chambers that contained dozens of mummies. One stone sarcophagus, belonging to a lady named Tadihor, was surrounded by dozens of protective faience ushabti figurines inscribed with her name. A painted and plastered wooden coffin identified its occupant as the second priest of the mother goddess Mut and a priest of the goddess Niut-shaes, a serpent form of Mut. Placed over the mummy’s head was a rare gilded silver mask, with inlaid calcite, obsidian, and onyx eyes. “Gilded silver masks had deep religious meaning,” says project leader Ramadan B. Hussein of the University of Tubingen. “Egyptian religious texts indicate that the bones of the gods are made of silver and their flesh is made of gold. A mummy mask of silver and gold is a step toward the transformation of the deceased into a god.”