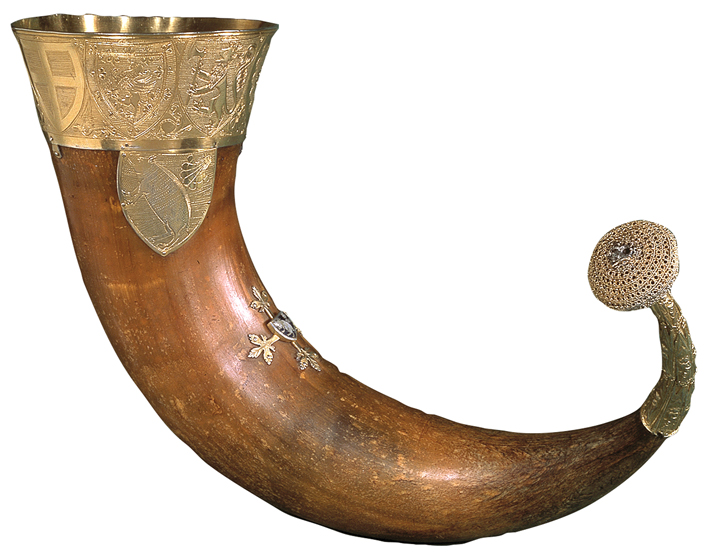 The last aurochs, the wild ancestor of domesticated cattle and a favorite game animal up to the medieval period in Europe, died at a game preserve in Poland in 1627. Now a group of Scandinavian researchers are searching for the long-lost bovine’s genetic signature in medieval drinking horns. For the better part of the Middle Ages, well-heeled noblemen preferred to quaff their beverages from the horns of bulls—and the bigger the horn the better. In fact, this may have been a contributing factor to the aurochs’ extinction. The researchers examined mitochondrial DNA that they had recovered from five medieval drinking horns. Mitochondrial DNA (mtDNA) is inherited from the mother’s side. They also looked at the horn of the last bull aurochs. Three of the drinking horns contained aurochs mtDNA, but two drinking horns and the horn of the last bull aurochs showed mtDNA from domestic cattle as well. This may be evidence of interbreeding between the two species. Future work will focus on recovering the rest of the aurochs genome.