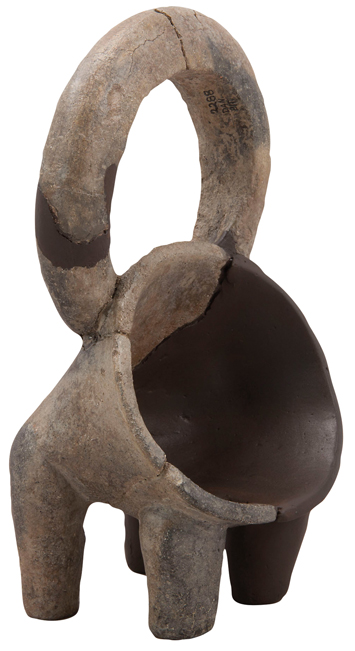 Some of the earliest evidence of cheese making has been identified on pottery found on the Dalmatian coast of Croatia. A multinational team of archaeologists and chemists analyzed fatty-acid residues dating to the Middle Neolithic period, about 7,200 years ago. Evidence of cheese making dating to roughly the same period has also been found in Poland. At that time, milk production was already an established practice, but fermenting raw milk into cheese may have provided an additional survival advantage. Children who have been weaned from their mother’s milk are particularly vulnerable to malnutrition. As they age, they gradually lose the ability to digest the milk sugar lactose. Fermenting milk into cheese reduces its lactose content, while still providing a rich source of calories. The team also found that specific pottery shapes were associated with cheese production, including sieves and a type of footed pot with an opening on its side.