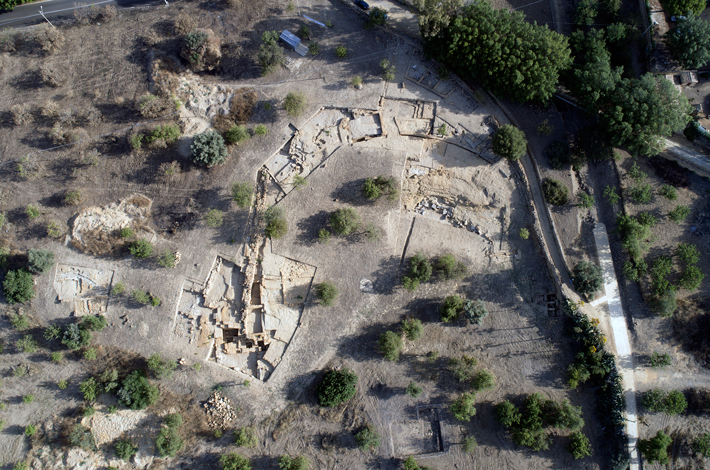 Going to the theater was an essential part of ancient Greek civic and religious life. Plays such as the tragedies of Aeschylus and Euripides, the comedies of Aristophanes and Menander, and likely numerous other works that have not survived, were regularly staged at religious festivals. Masked actors and a chorus whose role was to comment on the play’s action in song, dance, and verse entertained festivalgoers and paid honor to the gods. “Since the very beginning of Greek civilization, a theater was always a religious building housed in a sanctuary,” says archaeologist Luigi Maria Caliò of the University of Catania. “In the Greek world, everything was related to holiness, and theaters were built in sacred areas.”

At first, theaters were likely just open areas or hillsides with no cavea, or tiered seating area. From about the sixth to the fourth centuries B.C., says Caliò, Greek theaters were built of wood. Sophocles’ Oedipus at Colonus and Electra, for example, were performed in wooden theaters. Beginning in the fourth century B.C., theaters were often built in stone. “When theaters were monumentalized, they became a crucial part of cities around the Greek world,” Caliò says. Though nearly all traces of the wooden structures have been lost, remains of ancient Greek stone theaters—almost 150 have been discovered to date—still stand from Italy to the Black Sea, at sites such as Epidaurus in the Greek Peloponnese, the sanctuary of Apollo at Delphi, and Taormina in Sicily. As one of the most important cities in the ancient Mediterranean during the classical era and home to one of its grandest sanctuaries, Akragas (now Agrigento), on Sicily’s southern coast, must have had a theater as well. But no ancient sources mention one there and, until recently, no archaeological evidence of such a structure had ever been found.

The city-state of Akragas was founded in 582 B.C. by Greeks from Gela, a flourishing Sicilian colony some 40 miles away that had been established a century earlier. Akragas reached its zenith under the tyrant Theron, who ruled from about 489 to 472 B.C. In 480 B.C., Theron and his ally and brother-in-law Gelon, ruler of the powerful colony of Syracuse, were part of a coalition that defeated the Carthaginians at the Battle of Himera, ending, temporarily at least, the Carthaginians’ threat to take over Sicily. To celebrate their victories, Akragas’ rulers launched a series of monumental building projects, including construction of the immense temple dedicated to Olympian Zeus, which, at 340 by 160 feet, was the largest Doric temple in the Greek world. Akragas was razed by the Carthaginians in 406 B.C. and then left largely abandoned until 338 B.C., when the Carthaginians were defeated and the city was rebuilt. 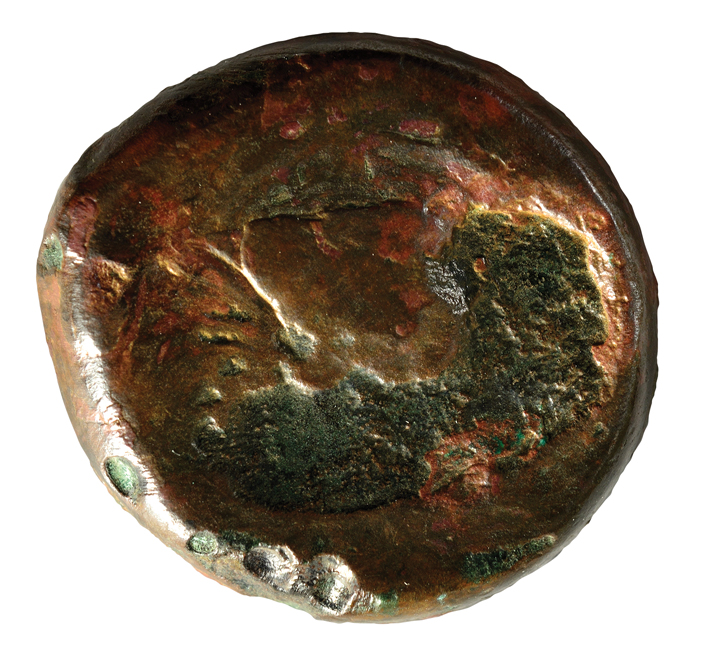 A century later, Akragas was the site of the first pitched land battle of the Punic War, which pitted the resurgent Carthaginians against the newly expanding power of Rome. The Roman victory in 262 B.C. signified the beginning of Roman influence in Sicily. Later, Akragas became Roman Agrigentum. Throughout its history, when the city thrived, building projects and religion did, too. Temples were regularly constructed and dedicated to gods and demigods including Hercules, Zeus, Hera, Athena, Concordia, Hephaestus, Castor and Pollux, Demeter and Persephone, and Isis.

The search for Akragas’ theater began almost a century ago when archaeologist Pirro Marconi directed a large archaeological campaign funded by his English patron, Alexander Hardcastle. Hardcastle was a captain in the British Navy who became fascinated with the site while living in a home known as the Villa Aurea, located between two of Agrigento’s still-standing temples. Until the Englishman died in 1933, he sponsored Marconi’s work. The only written source available to guide Marconi in his search for the theater was De Rebus Siculis Decades Duae, the first printed book on the history of Sicily, written in the middle of the sixteenth century by Dominican monk Tommaso Fazello. Fazello had located what was left of the theater “not very far from San Nicolò church,” adding, “I barely recognize its foundations.” Marconi, however, failed to uncover significant evidence of the structure, ending the pursuit of Akragas’ theater for the next eight decades.

It wasn’t until the summer of 2015, when Maria Concetta Parello, one of the supervising archaeologists of Agrigento’s Valley of the Temples archaeological park, decided to investigate the southern boundary of the agora, the ancient city’s main market and gathering place, that the hunt was renewed. About 300 yards from San Nicolò church, experts from the University of Molise and Italy’s Institute for Applied Technology were using 3-D tomography to explore deep underground. “At the end of the workday they told us about some height differences on a steep slope,” says Parello. “Specifically, they saw some strange curved lines in a nearby limestone embankment. We asked a geologist what he made of that, and he said this type of curve definitely wasn’t natural. We thought it might be the theater and became very excited.” After a short walk to the top of the slope, Parello also noticed some stone blocks arranged in a curvilinear shape. “They were always there, but we had never really seen them before,” she says. Although it would take them several more months of work to be certain—during which time they refrained from calling the structure “the theater” for fear of jinxing their find—Parello and her team had finally located Akragas’ missing theater. Marconi, it turns out, hadn’t found the structure because he had been looking in the wrong place.

Over the past three field seasons, Parello’s team has continued to uncover what remains of Akragas’ stone theater. They have identified two phases, one dating to the fourth or third century B.C., and the other to the second century B.C., when the building’s diameter was expanded from about 213 feet to more than 300 feet by the Romans. “This makes it one of the biggest theaters in Sicily, comparable to those in Syracuse and Catania,” Caliò says. The project has been complicated by the fact that, since at least the thirteenth century, locals have been disassembling the structure stone by stone and using the blocks to build the churches and private buildings of medieval and modern Agrigento. When the team reached the level of the foundation trenches for the theater’s west side, for example, nearly all the foundation stones were gone. However, the surviving remains indicate that the foundation could have supported walls up to 30 feet tall. Thus far, the team has fully excavated the summa cavea, the highest part of the stands, where commoners sat. In the future, they hope to uncover the ima cavea, where the most coveted seats reserved for elders and high-ranking individuals were located. 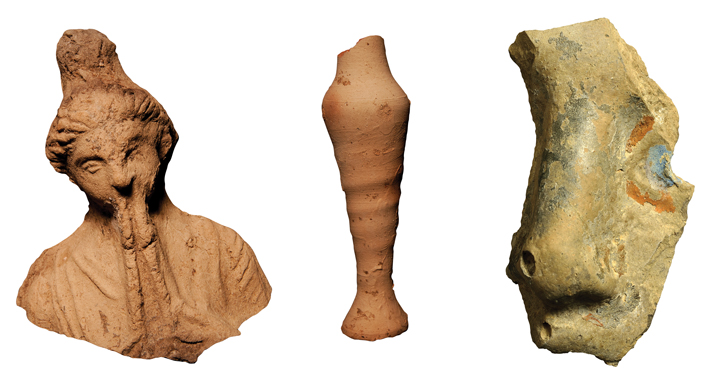 In addition to the remains of the theater’s structure and seats, Parello and her team have uncovered numerous votive artifacts in and around the structure, including a deposit of objects related to a good-luck ritual. Most of these are vessels for everyday use, such as a guttus, a kind of baby bottle, and unguentaria, small terracotta vessels used to hold perfumed ointment. The team has also unearthed many fragments of high-quality fourth- to third-century B.C. black-glazed pottery, as well as three coins, one of which is well preserved. This coin, which dates from the classical period and was minted in Agrigento, depicts an eagle, the symbol of Zeus, with folded wings on the front and a crab on the back. A small statue dating to the fourth or third century B.C. depicts a musician playing the double flute, or aulos, in a style typical of Greco-Sicilian artists. Although only fragmentary, an unearthed terracotta theatrical mask still shows the original colored paint. A better-preserved fourth-century B.C. mask depicts a fearsome Gorgon.

Atop a hill not far from the stone theater, the team made a surprising find: 20 holes dug into the earth to hold wooden poles. “Our hypothesis is that this is evidence of an older, rectangular wooden theater that was replaced by the one made of stone,” says Caliò. “This confirms what we know about the architecture of Greek theaters.” Recently, archaeologists excavating at the base of the Acropolis in Athens identified holes similar to the ones found in Agrigento. “These holes seem to have belonged to the Theater of Dionysus, which collapsed in the fifth century B.C.,” Caliò explains. “We believe that theater was contemporaneous with Agrigento’s wooden theater.”

Parello’s excavations will resume in the spring of 2019, when she hopes to find the stone theater’s orchestra. “After investigating with a magnetometer, we know there are some unidentifiable structures about 12 feet below the surface,” she says. “It’s probably the orchestra. I can’t wait to see what it looks like. And it would be great if we could find the original stage.”

Marco Merola is a journalist in Rome. 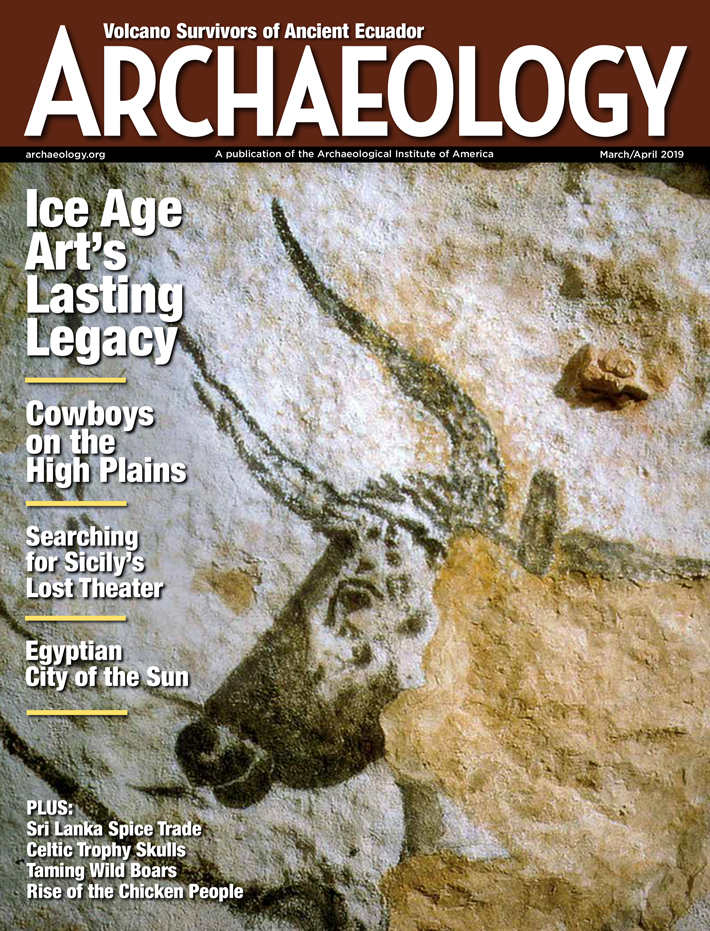 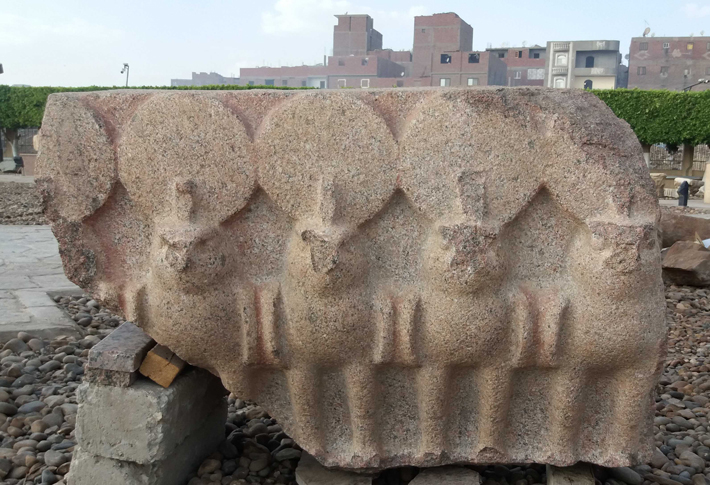 Egypt's Eternal City
Once the most sacred site on the Nile, Heliopolis was all but forgotten until archaeologists returned to save it from disappearing forever