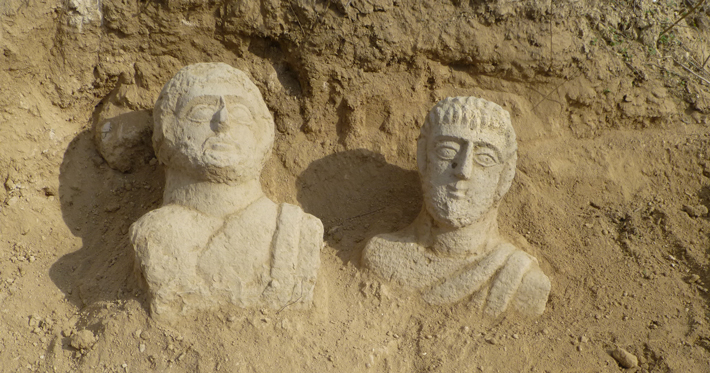 Israel Antiquities Authority archaeologists have investigated a site near the town of Beth Shean where a hiker spotted a rare limestone funerary bust dating to the third or fourth century A.D. poking out of the ground after a rainstorm. There, the archaeologists uncovered a second bust as well. Only a few dozen such busts are known. These are the first examples to have been found marking the graves for which they were sculpted.