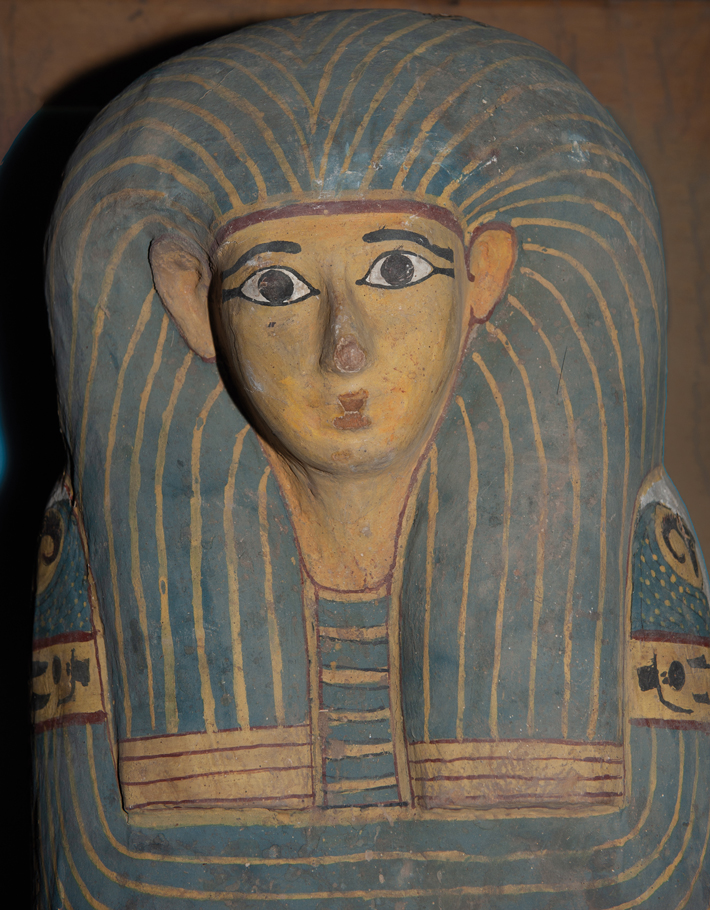 One of the largest known underground mausoleums in Luxor, Egypt, was not built for a king or other member of the nobility, but for a priest named Padiamenope, who lived in the seventh century B.C. and is known to have assembled a collection of ancient Egyptian funerary texts. The mausoleum was investigated as far back as the eighteenth century, but a new excavation led by Frédéric Colin of the University of Strasbourg has turned up a pair of previously unknown sarcophagi dating to long before the tomb was constructed.

Hieroglyphs on the coffin and lid of one of the sarcophagi identify its occupant as a woman named Pouyou. According to Colin, the style of the coffin suggests it dates to the early 18th Dynasty (ca. 1550–1295 B.C.), while that of the other sarcophagus suggests it dates to the 17th Dynasty (ca. 1635–1550 B.C.). “The most interesting result of the excavation is that the sarcophagi were buried for a second time after their initial burial,” says Colin. Why this was done remains a mystery.