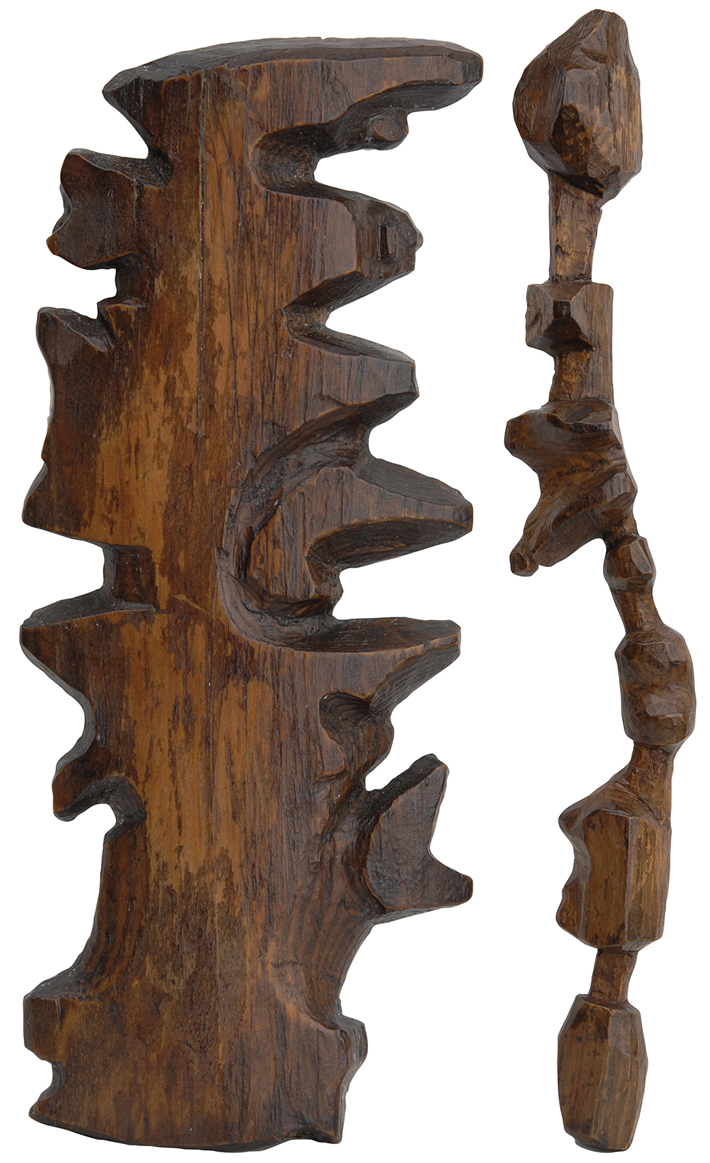 In 1885, an Inuit hunter named Kunit traded a trio of unusual wooden maps to Gustav Holm, the leader of a Danish expedition that was making its way up Greenland’s east coast. The maps served as a guide to a stretch of coast north of Ammassalik, the small settlement where the transaction took place. Two of the maps, shown here, complement each other: One map, left, portrays the undulating coastline, with alternating fingers of land and fjords, and the other represents a string of offshore islands. The third depicts a peninsula.

The maps were not designed for practical navigational use, says archaeologist Hans Harmsen, a curator at the Greenland National Museum, but rather as storytelling aids. “You could show the person who was hearing the story the contours of the coast and the relationship between the islands and the coastline,” he says. The map of the coast even includes a pronounced arcing groove indicating where a traveler would have to carry their kayak overland to get to the next fjord. There is no evidence that such wooden maps were commonly produced by the Greenland Inuit, as those Kunit made for Holm are the only ones of their kind known.