On the evening of October 26, 1942, the Yorktown-class aircraft carrier USS Hornet sank to the bottom of the South Pacific during the Battle of the Santa Cruz Islands, ending a brief but storied career that included a pivotal role in the Battle of Midway. Now, with the aid of U.S. and Japanese naval records, the crew of Research Vessel Petrel has located the wreckage of Hornet near the Solomon Islands, almost 17,500 feet underwater. “There’s no current at that depth, so the level of preservation is in many ways pristine,” says underwater archaeologist Robert Neyland of the Naval History and Heritage Command, who accompanied Petrel’s crew on the expedition. 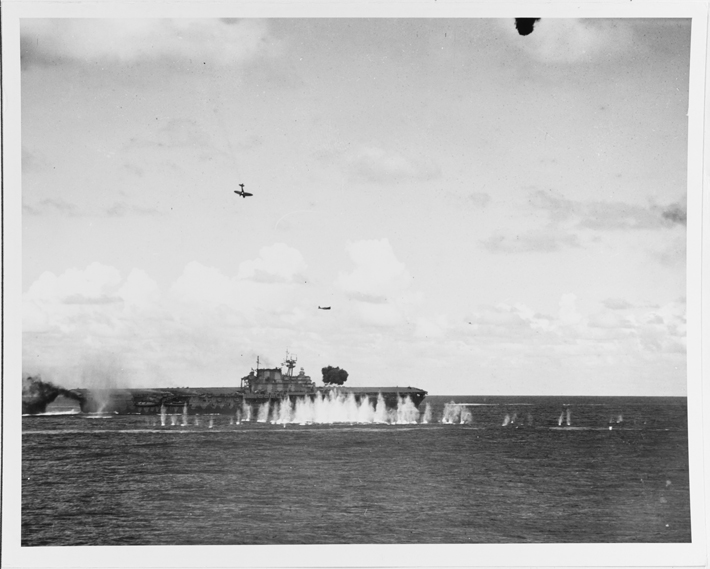 The first evidence of damage to Hornet that Petrel's crew documented—the result of Japanese bomb and torpedo attacks, as well as the U.S. Navy’s attempts to scuttle her—corroborates survivor accounts. Damage from the later violent torpedo attack that finally sank the carrier, however, was revealed to be more extensive than previously known. The team also found personal effects, including a coat still hanging from a door near the stern, that offer a glimpse of the lives of the 2,512 men aboard Hornet, 129 of whom perished in the battle.