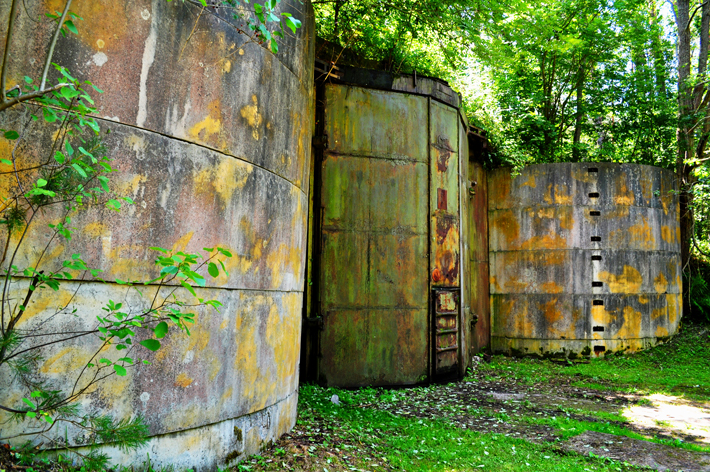 In the late 1960s, the Soviets commissioned a trio of bases designed to store nuclear warheads in remote, forested areas of western Poland. The warheads, which ranged from 0.5 to 500 kilotons each, were intended to be fired at areas of West Germany and Denmark. Although the bases were secret, and attempts were made to camouflage them, the CIA had definitively identified their purpose by 1972.

Now, using declassified satellite imagery, airborne laser scanning, and on-the-ground exploration, Grzegorz Kiarszys of the University of Szczecin has carried out the first archaeological investigation of the bases. Little remains at the sites apart from the bunkers used to store the actual warheads. When they were operational, however, Kiarszys knows from archival photographs and the contents of trash pits, the bases included facilities to support not just the military personnel responsible for maintaining the warheads, but their families as well. “The Russian generals created an illusion of everyday, normal life at the bases,” says Kiarszys. “There were soccer fields, playgrounds, and kindergartens at every base.”