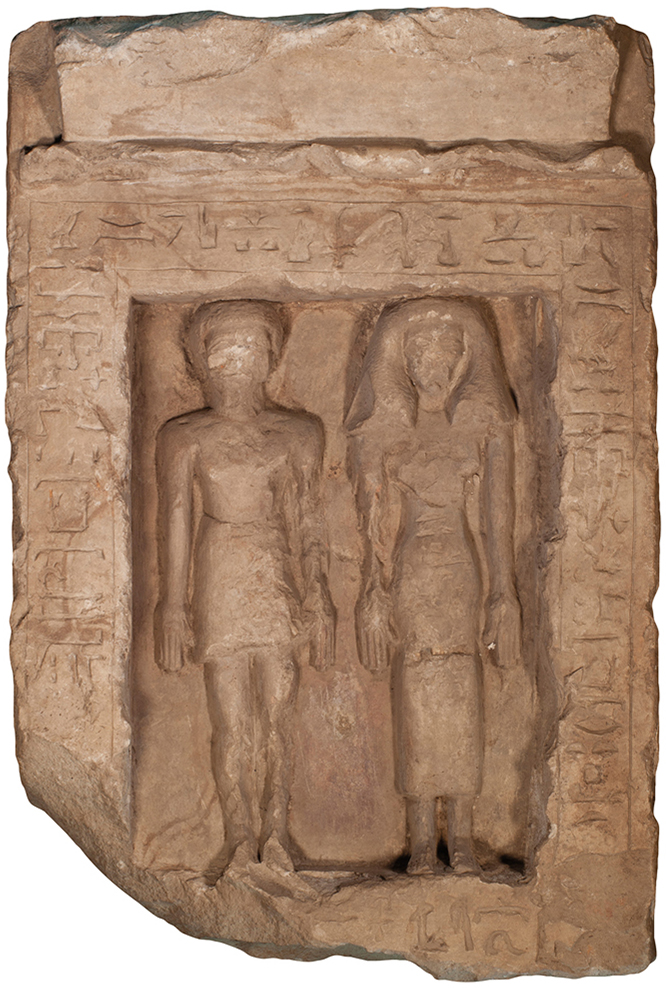 At Tell Edfu in southern Egypt, in a large villa dating to the beginning of the 18th Dynasty (ca. 1500–1450 B.C.), archaeologists have found evidence of the rise and fall of an elite couple. Near a small fireplace and offering table, they discovered objects including a carved limestone stela of a man and woman standing together. On the stela’s frame, hieroglyphic text identifies the man with the titles mayor and overseer of priests, the most important positions in the administration of Tell Edfu and its temple. This couple and their descendants, all of whom inhabited the villa, were members of an important family at a time when the rulers in the capital city of Thebes sought to consolidate their power by forging alliances with nobles in the south. At some point, the couple’s faces and names were hacked away for unknown reasons. “Somehow these family members had fallen out of favor, and their names were removed from the collective memory,” says Egyptologist Nadine Moeller, director of the University of Chicago’s Tell Edfu Project.