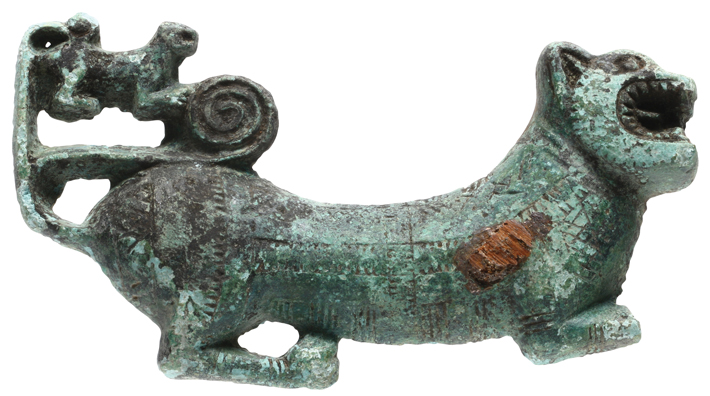 A belt buckle featuring a whimsical depiction of a tiger and its cub has been unearthed in the city of Cheongju in South Korea. The third-century A.D. bronze artifact depicts a crouching tigress with her mouth wide open, as if roaring, and a tiny cub in the same pose seated on her tail. Although tiger-shaped belt buckles have been found in the past, this is the first excavated example of a mother and baby tiger. It is also the first tiger-shaped buckle to have been discovered at Cheongju, a site belonging to the Mahan Confederacy, which existed between the first century B.C. and third century A.D. on the southern Korean peninsula, and about which little is known.