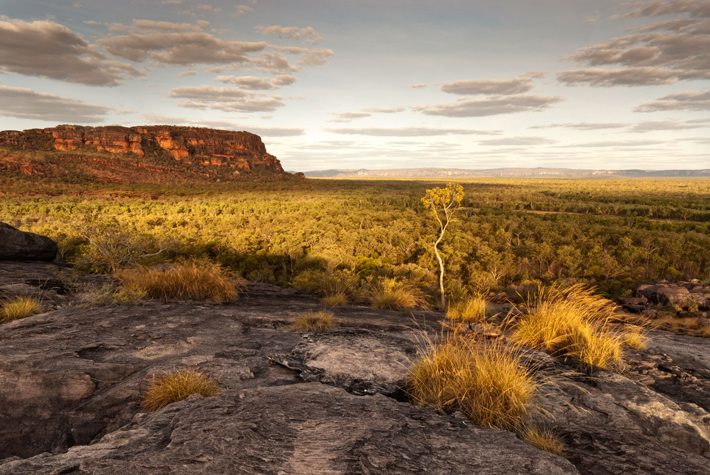 Kakadu National Park in Australia’s Northern Territory, a roughly three-hour drive southeast from the territory’s capital, Darwin, is one of the greatest rock-art landscapes in the world. Recent archaeological excavations have pushed back the earliest dates of human presence in the region to around 65,000 years ago. More than 5,000 sites with petroglyphs have been recorded within the park’s 8,000 square miles. Pinning down the precise date of some of Kakadu’s rock art is challenging, as many of the mineral pigments used in the area are not datable using radiocarbon methods. Therefore, says Samantha McLean of Kakadu’s research and permits office, archaeologists and art historians have constructed timelines for the art using a combination of thermoluminescence dating, which can determine when mineral elements of paint or ceramics were first heated or fired, and representations of flora and fauna, which have changed over time along with the climate. Some of the most stunning images in Kakadu are found on or near Nourlangie Rock, a massive sandstone formation about a half-hour drive south from Jabiru, the park’s largest hub, which has facilities such as hotels and welcome centers. Another of the rock art sites, called Nanguluwur, was used as a campsite by ancestors of the Bininj/Mungguy people for millennia, and features an array of paintings and hand stencils ranging from several thousand to fewer than 100 years old. “Here you can see powerful depictions of ancestral spirits, animals, as well as fascinating early illustrations of contact between Aboriginal people and Europeans,” says McLean.

To experience the park fully can take several days. Visitors should begin their journey at the Warradjan Aboriginal Cultural Centre, where interpretive displays and presentations share the culture of Kakadu’s people. From there, it’s about a 45-minute drive east along the Kakadu Highway following signs for Nourlangie Rock, which is also known as Burrunggui. There are no shuttles around the park, so visitors are encouraged to sign up with one of the many commercial tour operators or to explore in their own vehicles. From May to November, the park offers guided tours, talks, and activities, which are included in the entrance fee. A range of hotels, cabins, and campsites can be found near the park’s four main hubs. Once you reach Nanguluwur, the site and the nearby Anbangbang rock shelter have well-marked walking tracks and are protected by guardrails. 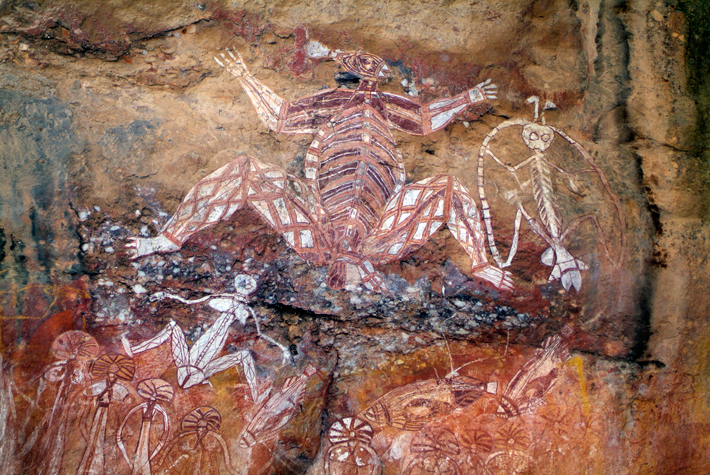 Nanguluwur is a short walk to the entrance to the Anbangbang billabong, the wetlands habitat of an impressive array of birdlife. Spread out your lunch on one of many picnic tables and raise your binoculars to catch sight of magpie geese, combcrested jacanas, cormorants, and redtailed black cockatoos, to name only a few of the avian species you might see.