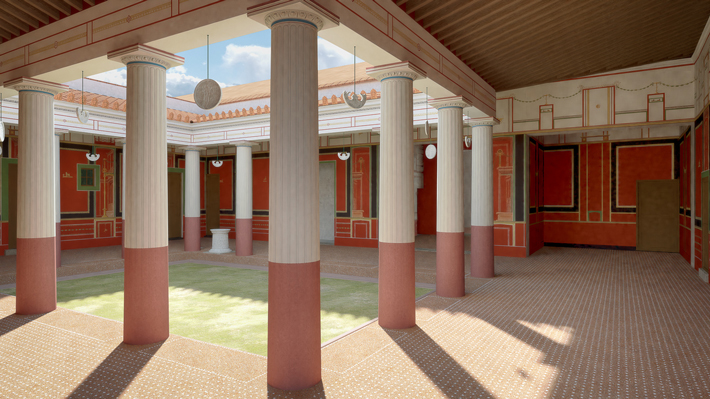 Like most urban areas, ancient Pompeii had residences of all types, including sprawling villas, smaller city houses, and multistory apartment buildings. Few of its homes, however, were as grand as the Villa of Diomedes. “The Villa of Diomedes combines the characteristics of a city dwelling where a wealthy family lived and received guests, and all the attractions of a seaside villa spread over 40,000 square feet with a panoramic view of the Bay of Naples,” says archaeologist Hélène Dessales of the École normale supérieure of Paris. It was also one of the first properties in Pompeii to be excavated when, between 1771 and 1775, Francesco La Vega, an engineer serving Charles of Bourbon, the king of Naples, explored the property. 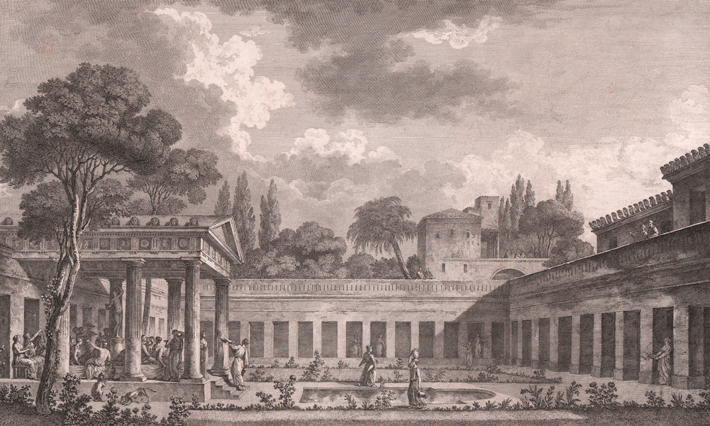 La Vega kept careful records of his work, and Grand Tour artists drew and sold scenes of the villa. Paradoxically, though, explains Dessales, while it has been one of the most widely represented buildings in Pompeii for more than 250 years, the Villa of Diomedes’ 2,000-year-plus history from its foundation through A.D. 79 to the present has never been comprehensively understood. For the past seven years, Dessales has supervised an international project that has taken more than 25,000 new photographs and used software to combine these modern images with more than 350 archival ones showing the villa at different times since its discovery. They have created the first highly detailed 3-D model of a residential property in Pompeii.