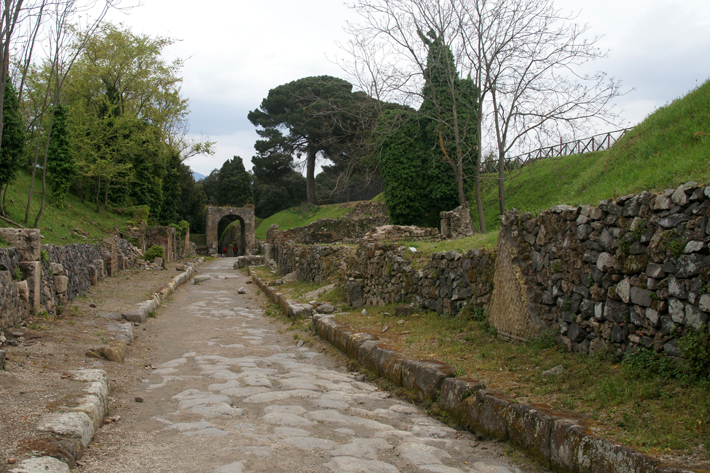 One of the most interesting cemeteries lining the well-traveled roads connecting Pompeii with the surrounding area was first identified more than 100 years ago just outside the Porta Nola, the gate leading to the city of Nola. “The Porta Nola necropolis is fascinating because it gives us the opportunity to look at a wide section of society,” says archaeologist Stephen Kay of the British School at Rome, who, alongside Llorenç Alapont of the European University of Valencia and Rosa Albiach of the Valencia Museum of Illustration and Modernity, leads a team that has been reinvestigating the burial ground. “We have very high-status monumental tombs such as the one belonging to Marcus Obellius Firmus, a member of one of Pompeii’s richest families, and a uniquely Pompeian style of semicircular tomb belonging to a woman named Aesquillia Polla,” Kay says.

Excavations at the Porta Nola have, in addition, uncovered simple cremation burials of poorer Pompeians that Kay’s team has now associated with a series of Greek names inscribed on the city walls. The necropolis also contains four graves of members of the Praetorian Guard, elite soldiers who served as the emperor’s household troops and bodyguards. Each grave was marked by an inscribed marble slab called a columella, and contains a selection of artifacts. The guards’ burials were first excavated in the 1970s, and the team has now uncovered the ceramic cremation urns containing all the soldiers’ remains. 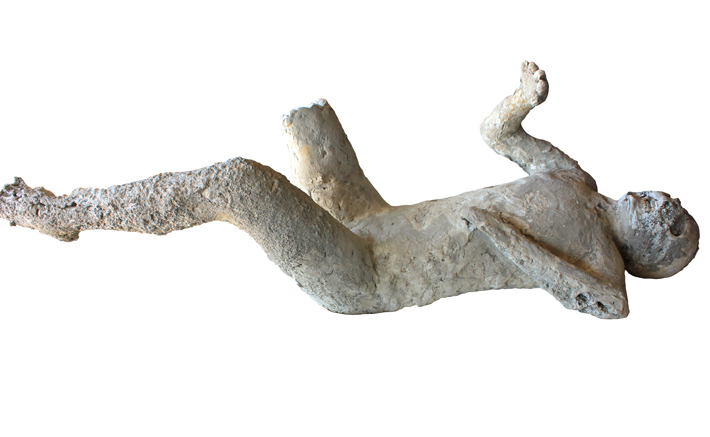 Another notable group of Pompeii’s dead is also represented at the Porta Nola: 15 people who were killed by the eruption and preserved in plaster casts made of their bodies during the twentieth-century excavations. Kay and his team are now examining the preserved skeletons inside the casts to see what they might be able to tell about the sort of people who lived and worked in the Porta Nola neighborhood. Says Kay, “These people are an important part of the city and its history of death.”