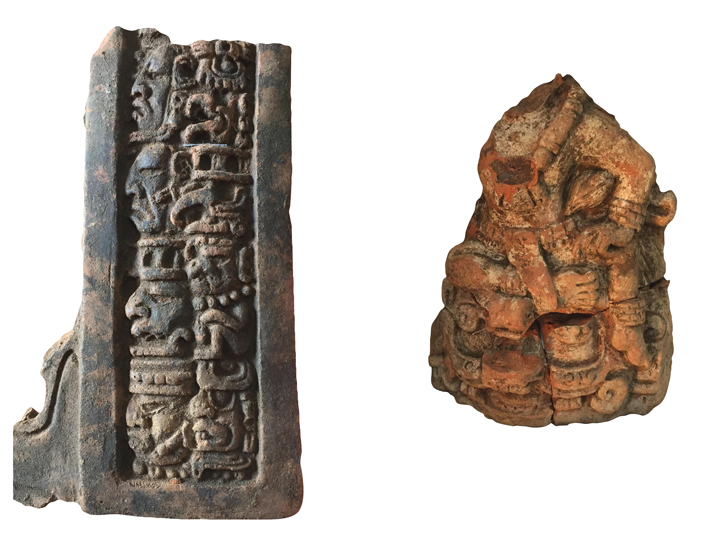 When contractor Pedro Archila drove his excavator into a large earthen mound outside the central Guatemalan city of Coban in May 2018, he inadvertently exposed the remains of the largest figurine workshop ever discovered in the Maya world. A team led by archaeologist Brent Woodfill of Winthrop University and Erin Sears of the Smithsonian Institution subsequently excavated the site, called Aragon, and are now analyzing its more than 400 fragments of figurines and figurine molds.

The workshop appears to have been active between A.D. 750 and 900, suggesting that a community of artists thrived in the area even as nearby cities, including Cancuen some 50 miles to the north, declined or were destroyed during a period of turmoil. The figurines were likely used as diplomatic gifts and trade items, says Woodfill, and may help scholars learn more about the political landscape in the region at the end of the Maya Classic period (ca. A.D. 250–900). “We don’t know very much about the Classic period and the beginnings of the Postclassic period in this area,” he says. “Now that we’ve identified this figurine workshop, it shows that there was a significant population here that was heavily involved with trade and exchange.”