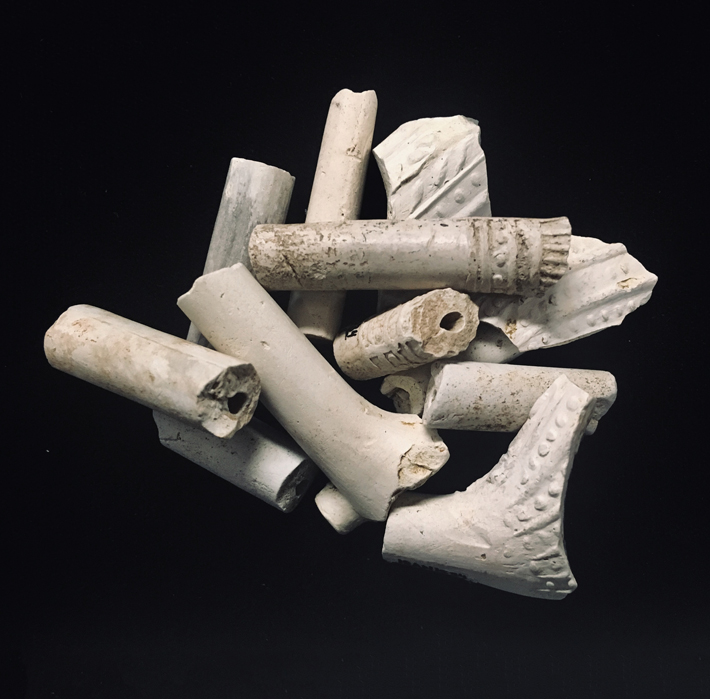 An early nineteenth-century clay pipestem, one of many unearthed in the slave quarters at the former Belvoir tobacco plantation on Maryland’s Chesapeake Bay, has allowed archaeologists to rescue a lost history. DNA yielded by the seemingly unremarkable artifact has enabled them to determine that the pipe was used by a woman closely related to the Mende people of present-day Sierra Leone. This is a new way to connect an individual to an artifact she once used, says Julie Schablitsky, project director and chief archaeologist with the Maryland Department of Transportation. “You have this small, common object, and all of sudden this new world opens up and there is a whole person behind it,” she says. “It starts to take us back to the beginning, back to West Africa, where her story began.”

The ability to find such stories is vital to descendants of enslaved people hungry for information about their families’ pasts, especially in the absence of manumission records, wills, or possessions. “The descendants ask me, ‘Can you connect me to this space? Can you say that my ancestors were here?’” says Schablitsky. “It’s so hard to learn anything personal about these enslaved people, but information about gender and place of origin such as we learned from the pipestem provides a kind of personal validation for their descendants. It allows to them to say, ‘We survived.’”