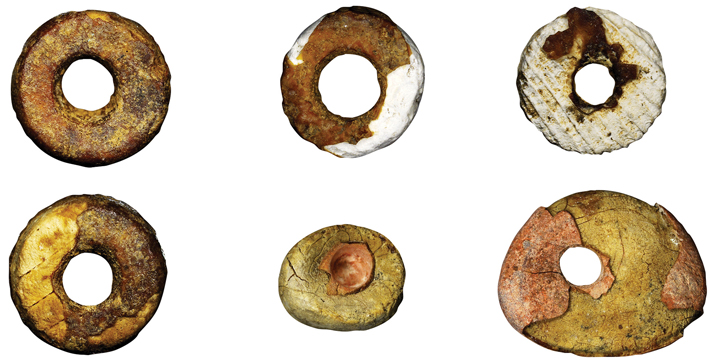 La Molina Cave and Cove of the Giant, Spain

Bronze Age Spain was a dicey place to buy jewelry. At this time, trade networks that spanned all of Europe carried valuable raw materials across the continent. One of these materials was amber, or fossilized tree resin, which had long been prized for its color and rarity, and was used in high-status ornaments for both the living and the dead. Amber from the Baltic, and later Sicily, as well as ivory from Asia and Africa, jade from the Alps, and the mineral cinnabar became ever more prized commodities. At the continent’s western edge, Spain was connected to long-distance trade routes, and thus to a plentiful supply of these luxury items, by virtue of its access to the Atlantic Ocean and Mediterranean Sea, says archaeologist Carlos Odriozola of the University of Seville. It was also, therefore, a prime target for unscrupulous traders looking for an easy mark. 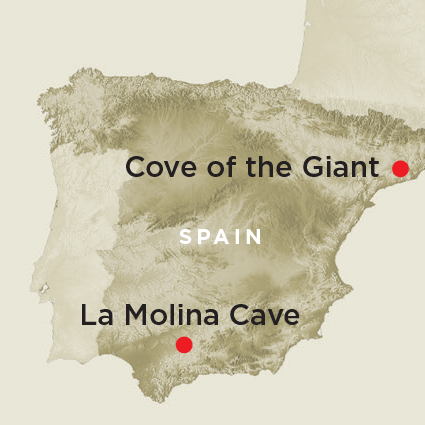 Odriozola has analyzed grave goods from burials in two different locations—one an artificial cave called La Molina in Seville, and the other the Cove of the Giant near Barcelona. He has found that, alongside such precious items as ivory, there were also beads that, at first glance, appear to be amber, but which actually turn out to be shells and seeds covered in pine resin to make them resemble the gemstone. “This is the first time in Western Europe we have evidence of imitation and fakery,” says Odriozola. He wonders whether these were examples of traders deliberately deceiving consumers, whether community leaders didn’t have the resources to purchase the real thing, or whether a shortage of amber led to the development of techniques for creating faux amber. “The quest for power and wealth are consistent behaviors for humankind across time, and it’s easy to imagine ancient middlemen cheating people to acquire them,” Odriozola says. “If they fooled us, a team of well-trained archaeologists, I’m sure they fooled their buyers in the past, too.”