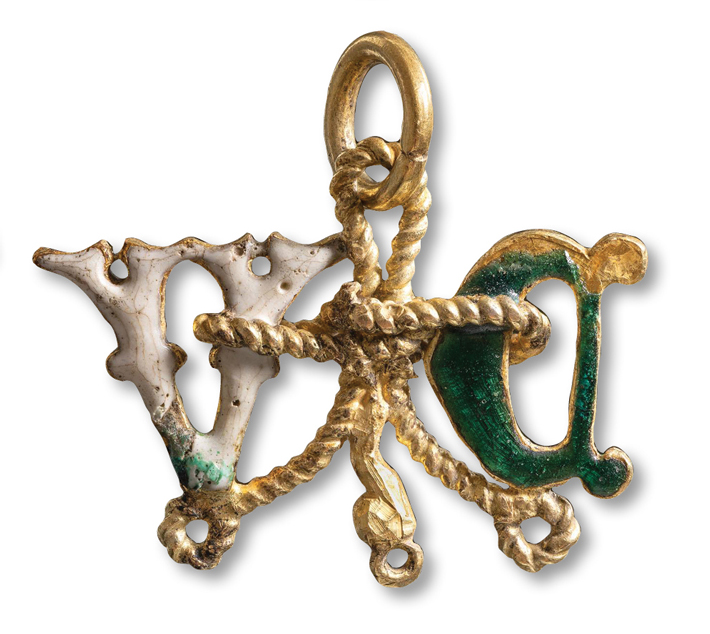 Luminaries constituting a veritable who’s who of late medieval Europe are depicted on a cache of 10 gold and 24 silver coins found inside a bronze box buried beneath the floor of a late fifteenth- or early sixteenth-century house in Dijon, France. Almost all the coins were minted outside France, mainly in locations within the Holy Roman Empire and on the Italian peninsula, according to archaeologists from France’s National Institute of Preventive Archaeological Research.

The historical figures portrayed on the coins include some of the continent’s most prominent power brokers: Ercole II d’Este, the duke of Ferrara and grandson of the notorious Pope Alexander VI; the powerful German bishop Philip I of Palatinate; Pope Innocent VIII; and the wealthy Venetian doge Nicolo Tron, among others. Also hidden in the box was a green and white enameled gold pendant typical of wedding medallions, which features the initials V and C interlaced with a gold braid.