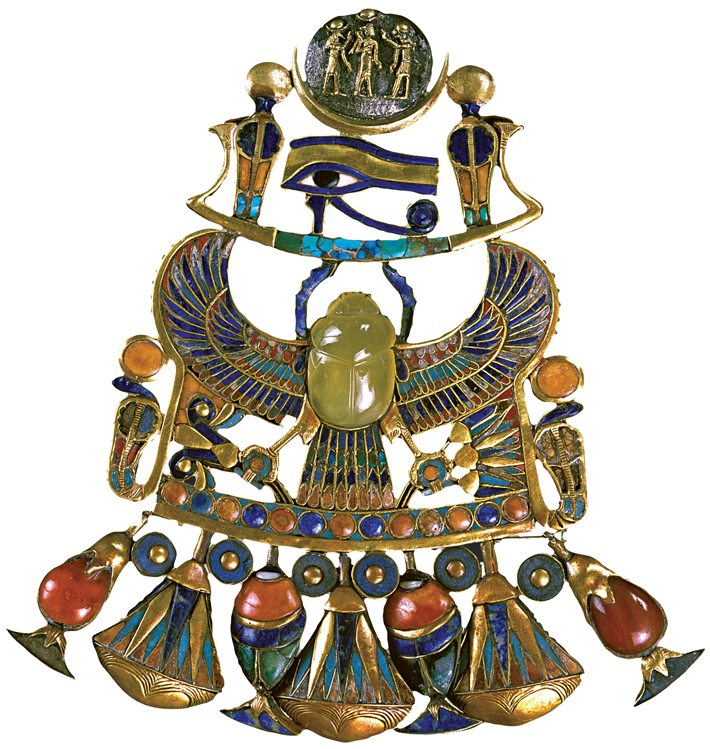 Among the treasures discovered in King Tut’s tomb is an elaborate pectoral with a central scarab carved from a canary-yellow material called Libyan Desert glass. Found in the sand dunes of Egypt’s western desert, the glass was formed about 29 million years ago when a quantity of quartz melted at a temperature in excess of 3,000 degrees Fahrenheit, which is hotter than the inside of a volcano. Scholars have long debated whether the yellow glass was created by a meteor that exploded aboveground or by a meteorite impact.

To test these hypotheses, geologist Aaron Cavosie of Curtin University searched glass samples for grains of the mineral zircon that hadn’t broken down under the intense heat that formed the glass. He identified a small number of preserved zircon grains whose crystal orientation indicated that they had transformed from reidite, a mineral that can only be formed by a meteorite strike. “This provides the first bulletproof evidence that Libyan Desert glass was formed by a meteorite impact,” says Cavosie. No impact crater resulting from such an event has ever been located, he explains, though it may lie beneath shifting dunes or may have eroded to such a degree that it’s no longer distinguishable on the landscape.