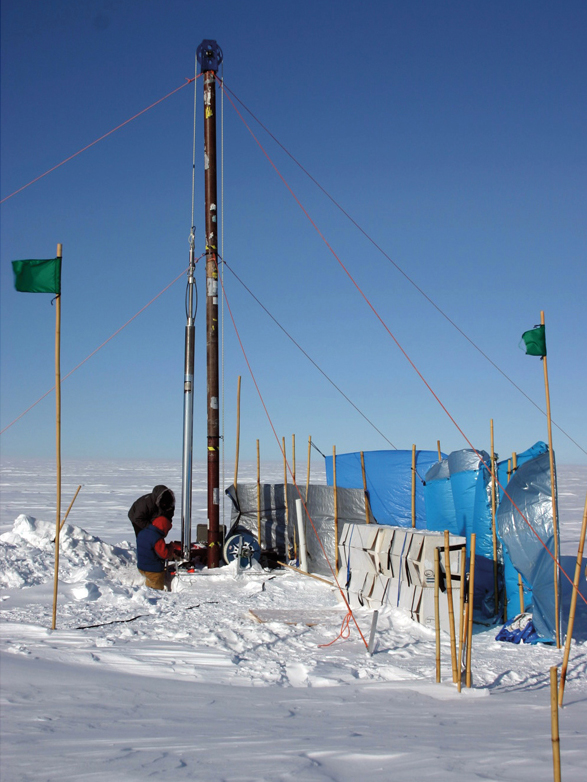 Given that lead is a by-product of silver mining and smelting, historical levels of lead pollution can serve as a proxy for tracking economic growth and decline across the ages. A team of researchers recently studied lead levels dating back to A.D. 500 in 13 Arctic ice cores—12 in Greenland and one in the Russian Arctic. Their results reveal periods during which pollution levels increased or decreased, corresponding to historical records of new mining activity, technological development, or population growth, or outbreaks of disease, war, or famine.

For instance, lead levels shot up in the late eighth century, coinciding with the operation of a mine and mint at Melle in western France under Charlemagne (r. A.D. 768–814), founder of the Carolingian Empire, which controlled much of western and central Europe. During his reign, for the first time, lead levels in the ice cores exceeded those recorded at the height of the Roman Empire—some 600 to 800 years earlier—though they dropped after his death in A.D. 814. Later, in the mid-fourteenth century, pollution levels plummeted with the arrival of the Black Death and remained low in some of the cores for a full century. “That’s a very longterm impact,” says Joe McConnell of the Desert Research Institute, “but if you kill off a third of the population of Europe, you can imagine that it would take a few generations to get back to the same level of demand and workforce.”