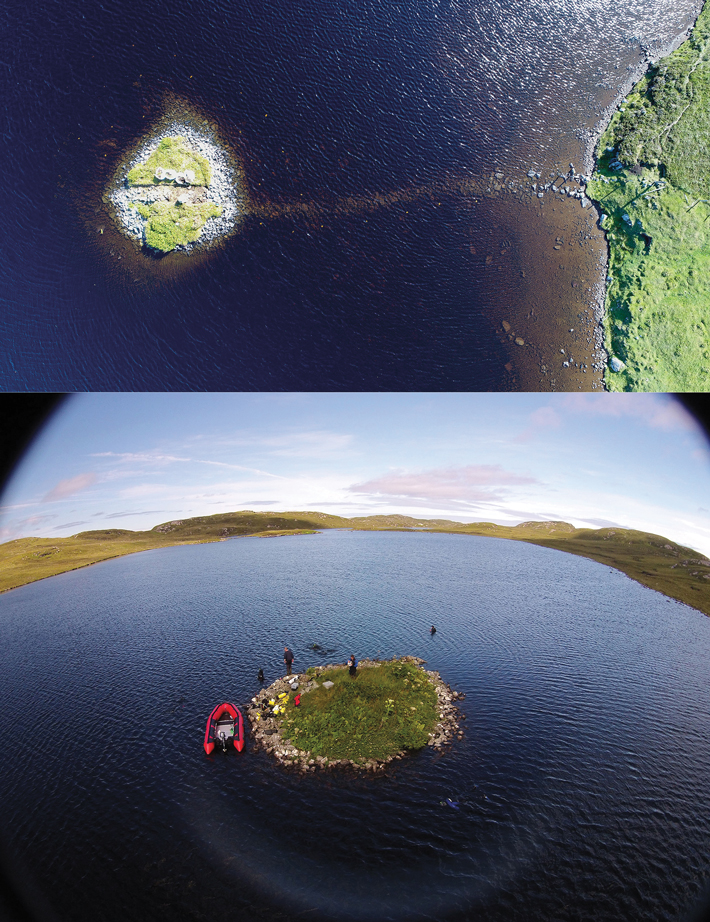 Artificial islets called crannogs, which dot the cold loch waters of Scotland and Ireland, were once thought to have been used as defensive fortifications from the Iron Age through the seventeenth century. But both the constructions’ purpose and when they were first built are being questioned. After former Royal Navy diver Chris Murray discovered Neolithic ceramics while exploring crannogs in bodies of water on Scotland’s Isle of Lewis, archaeologists Duncan Garrow of the University of Reading and Fraser Sturt of the University of Southampton conducted underwater surveys at four crannog sites. They found that the crannogs were occupied starting sometime in the middle of the fourth millennium B.C.

Garrow thinks that other crannogs across Scotland and Ireland may also turn out to be older than previously believed. “We had thought that the Neolithic period was marked by settlements with houses and hearths and then tombs, and subsequently stone monuments,” he says. “In a way, these artificial islets are something in between.” Garrow suggests that while some of the crannogs were likely inhabited, others were too small to have accommodated dwellings. These may have been used as ritual spaces intended to exist apart from the everyday world.