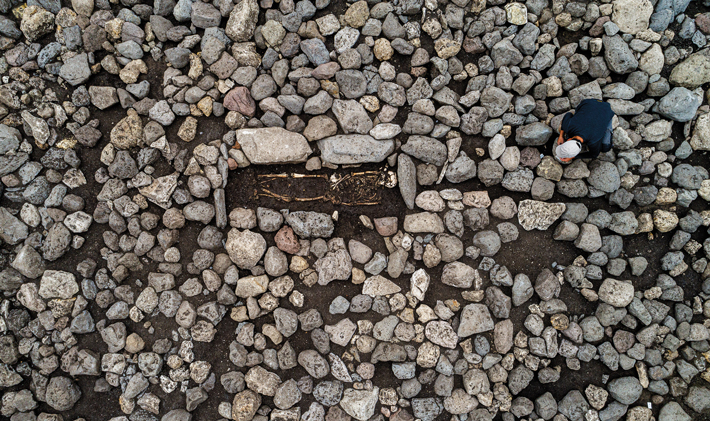 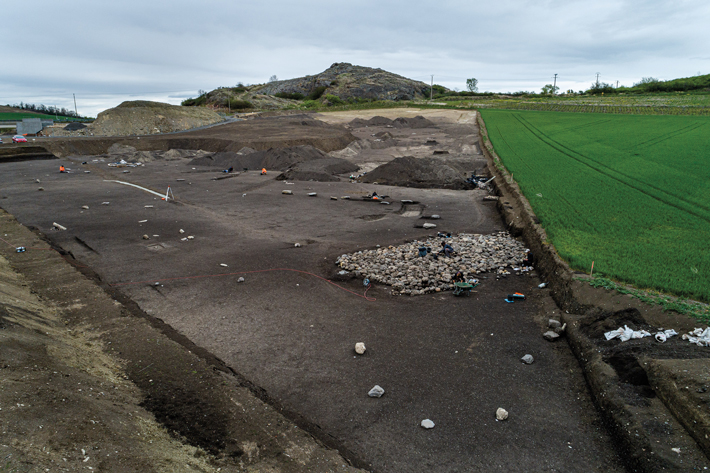 Roadwork at Veyre-Monton in central France has revealed the first known megalithic site in the region. There, archaeologists from France’s National Institute of Preventive Archaeological Research (INRAP) have uncovered evidence of cult activity spanning thousands of years, from the Neolithic period through the Bronze Age. They identified 30 menhirs, or monoliths, arranged from largest to smallest in a 500-foot-long line oriented precisely north to south. Most of the menhirs are made of local basalt and undecorated, but a single limestone example was sculpted to resemble a person, with two small breasts and an engraved chevron that might depict forearms.

At some point all the menhirs were intentionally buried, as was an adjacent four-sided stone cairn, measuring 46 feet long and 21 feet wide, that surrounded the tomb of a tall man. Despite the site’s long use, the motivations behind the monuments’ removal from the landscape are unknown. “It’s very tempting to interpret this as the result of a change in beliefs,” says INRAP archaeologist Ivy Thomson, “but it may also be linked to the disgrace of the community in control of the site, or even something more trivial.”