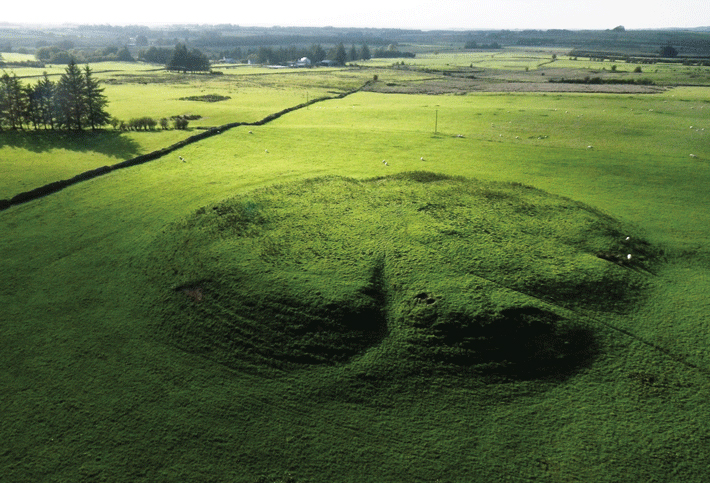 Rathcroghan, in western Ireland, covers more than three square miles and contains at least 240 archaeological sites spanning the time period from the Neolithic to the late medieval era. Its inhabitants began to raise animals and farm around 3,500 years ago, and went on to build stone structures and earthworks, remnants of which can still be seen. Rathcroghan is known not only from these monuments, but also from its pride of place in Ireland’s rich literary canon. The site is recorded in medieval accounts to have been a primary location for the ancient óenach, a ceremonial assembly featuring gatherings of legal scholars, boisterous feasts, and competitions of strength. It is also described as a burial place for Gaelic nobles and as the royal seat of the Connachta, who ruled western Ireland in the early Middle Ages.

Rathcroghan features prominently in a collection of tales known as the Ulster Cycle, providing the setting for the beginning and the end of Ireland’s national epic, the Táin Bó Cúailnge, or the Cattle Raid of Cooley. Rathcroghan’s most notable landmark—Rathcroghan Mound—perches at the summit of a glacial ridge and measures nearly 300 feet across and 20 feet tall. Geophysical surveys of the mound suggest it may have been built up gradually over generations, possibly starting from a monument first constructed during the Bronze Age, and that an impressive building may have once stood at its top. “The mound is the center of the entire landscape, around which many of Rathcroghan’s barrows, ringforts, and standing stones are arranged,” says archaeologist and Rathcroghan site manager Daniel Curley. 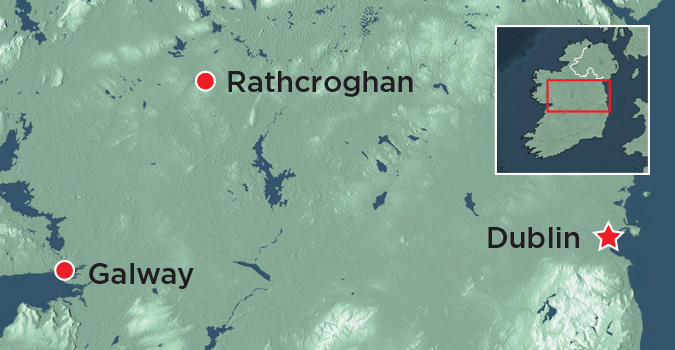 The full Rathcroghan experience begins at Rathcroghan Visitor Centre in the village of Tulsk. There, audiovisual presentations provide an overview of the area’s history, and display cases present artifacts uncovered nearby. From the visitor center, a minibus tour departs for the top of Rathcroghan Mound, where visitors can appreciate the landscape’s full panorama before stopping at specific sites. These include Oweynagat, or the Cave of the Cats, a cavern referenced in Ireland’s epics as a possible entrance to the otherworld, and a likely place of origin for the festival that eventually became Halloween.

History buffs who also appreciate a bit of nature can easily get lost amid the ruins of Rindoon, an abandoned medieval town about 30 minutes south of Rathcroghan by car. The fortified settlement, once home to more than 1,000 people, sits on a peninsula in Lough Ree, one of Ireland’s largest lakes. Well-signposted walks pass by buildings and fortifications dating to the thirteenth century, when the area was beset by brutal wars fought between native Irish nobles and Norman barons.