Tomb of the Silver Dragons 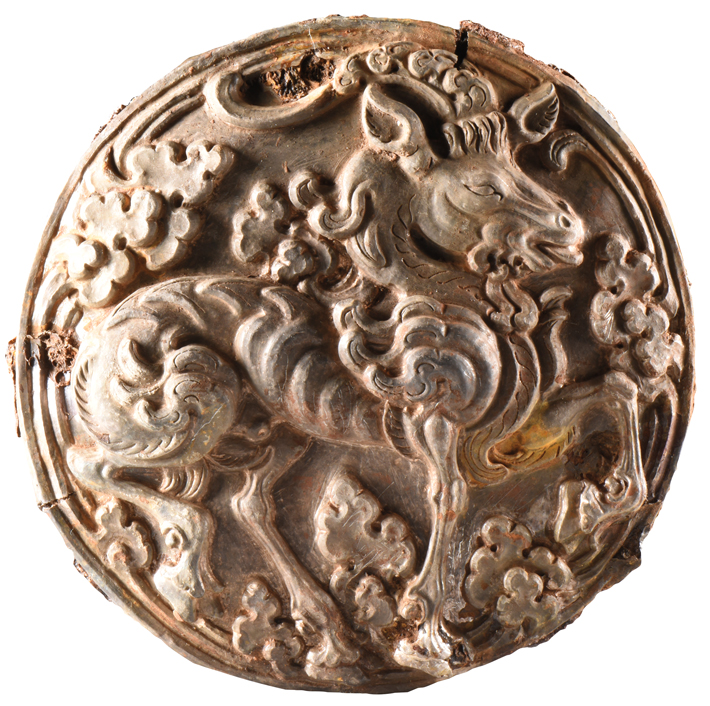 In north-central Mongolia, archaeologists have unearthed two lavish tombs built for nobles of the Xiongnu Empire. A nomadic people who dominated the eastern Eurasian steppes from the third century B.C. to the first century A.D., the Xiongnu frequently waged war against China’s Han Dynasty (206 B.C.– A.D. 220). To defend against these incursions, the Han built fortifications that eventually became part of the Great Wall. Both of the Xiongnu tombs, which were excavated by a team from Ulaanbaatar University and the Henan Provincial Institute of Cultural Heritage and Archaeology, contained sumptuous grave goods. In the larger tomb, researchers found wooden boxes that held silver rings, jade belt hooks, and a pair of gilded silver dragons that may once have served as handles on a vessel. The smaller tomb contained the remains of a man buried with a horse-drawn carriage, 15 horse heads, and 19 silver equestrian ornaments, each depicting a unicorn deity. The team also recovered part of a jade-decorated sword from this grave, the first to be found in a Xiongnu tomb.