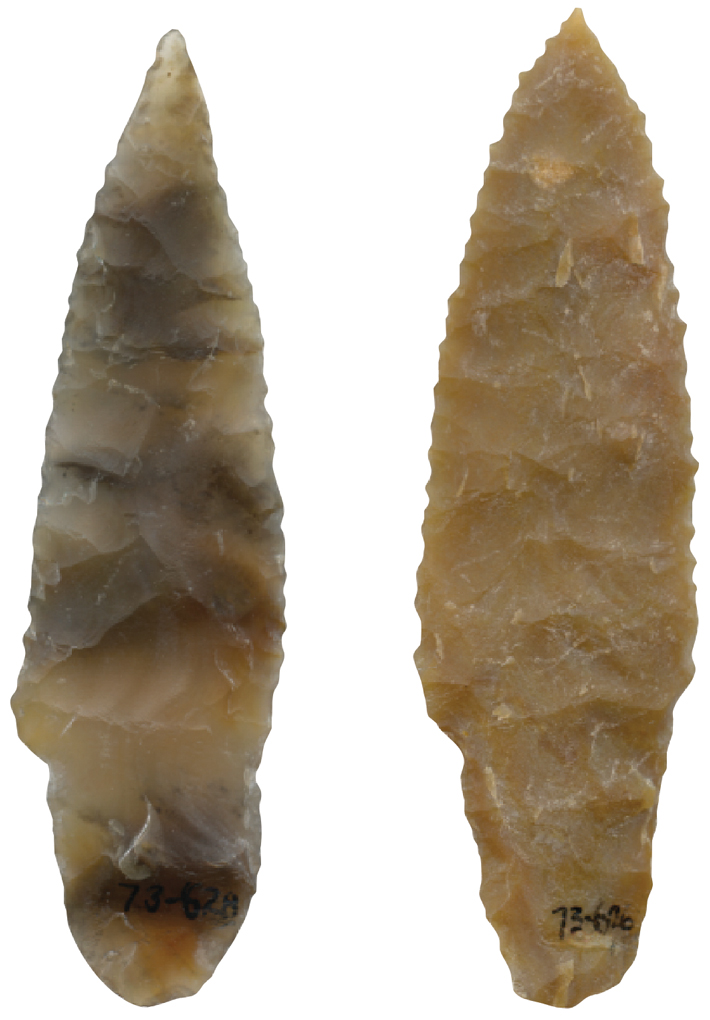 Artifacts recovered from a 16,000-year-old site near the Columbia River in western Idaho are revealing that the first people to migrate to the Americas came from northeastern Asia. The site, called Cooper’s Ferry, is one of only a few known to pre-date the Clovis culture—hunter-gatherers who lived across North America around 12,000 years ago and were, until recently, believed to have been the first settlers of the continent. Stone tools found at Cooper’s Ferry belong to the Western Stemmed Tradition, a tool type that, according to research by an international team of scholars, resembles stone tools made by hunter-gatherers who lived in northeast Asia during the same period. This type of tool appears at Paleolithic sites along the Pacific coast of North America. The presence of the tools, combined with evidence that Cooper’s Ferry was occupied roughly 1,000 years before the two continental ice sheets that covered North America had melted sufficiently to open an inland corridor, supports the theory that the earliest Americans probably followed a coastal route after crossing the Bering Strait into North America.