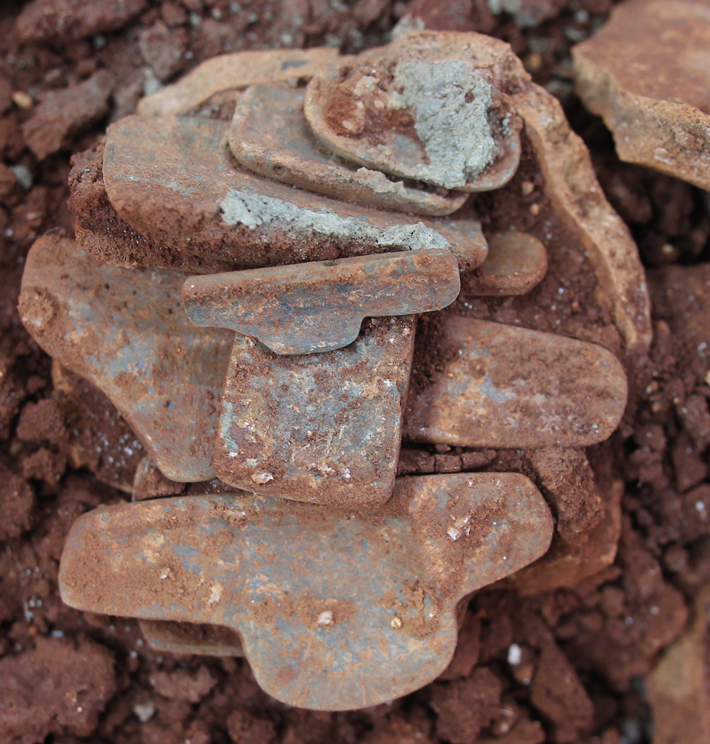 A cache of artifacts found beneath the central plaza at the site of Paso del Macho in the northern part of Mexico’s Yucatan Peninsula may have been an offering made when the settlement was founded between 900 and 800 B.C. It contains some of the earliest evidence of Maya fertility rituals. Archaeologist Evan Parker of Tulane University, a leader of the ongoing excavation, which is conducted in cooperation with Millsaps College, says that more than 30 artifacts made of greenstone, including small stones that symbolize maize sprouting from the underworld, represent events in the story of the maize god’s birth. This myth was a central part of Maya fertility and rainmaking rituals. The cache also contains several pots painted with images associated with fertility, along with spoons, clamshell pendants, and a large plaque.