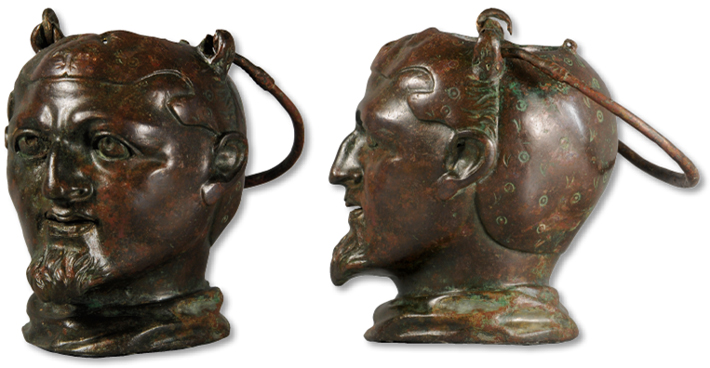 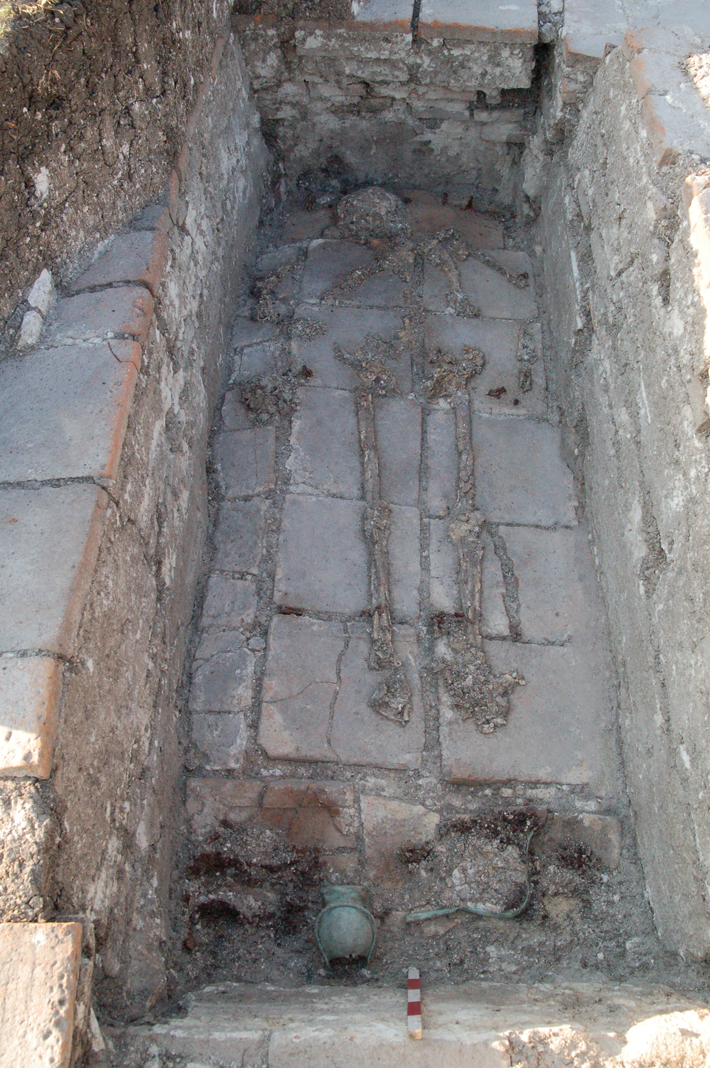 While excavating a mound in southeastern Bulgaria, archaeologists uncovered the third-century A.D. brick grave of a man aged 35 to 40. Among the objects buried with him were a tool used to scrape oil from the skin known as a strigil and a finely crafted copper alloy vessel called a balsamarium. This container is thought to have held skin-cleansing oils or balms used after exercise and during bathing, explains archaeologist Daniela Agre of the Bulgarian Academy of Sciences. Balsamaria were especially trendy in the eastern Roman provinces of Thrace, Moesia, and Pannonia, though they were not produced locally. The vessel was fashioned in the shape of a man’s head covered in a tight, spotted feline-skin cap that may have been intended to evoke the Nemean lion slain by Hercules. “We believe the balsamarium was brought to Thrace either by the deceased himself, or by a close relative,” says Agre. She notes that the popularity of such vessels was due to the spread of Roman bathing and hygiene practices throughout the empire’s eastern provinces.