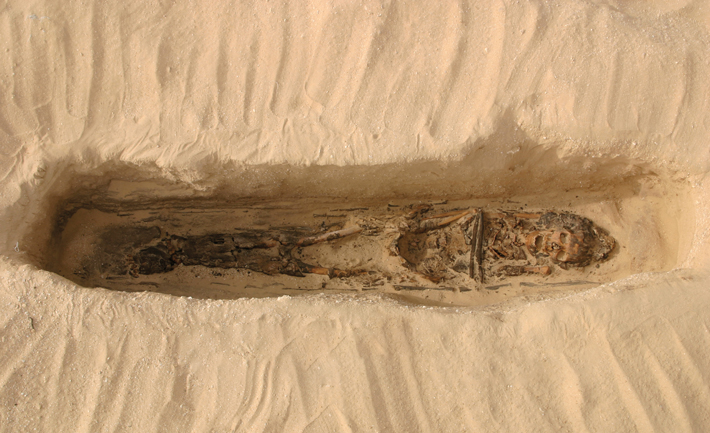 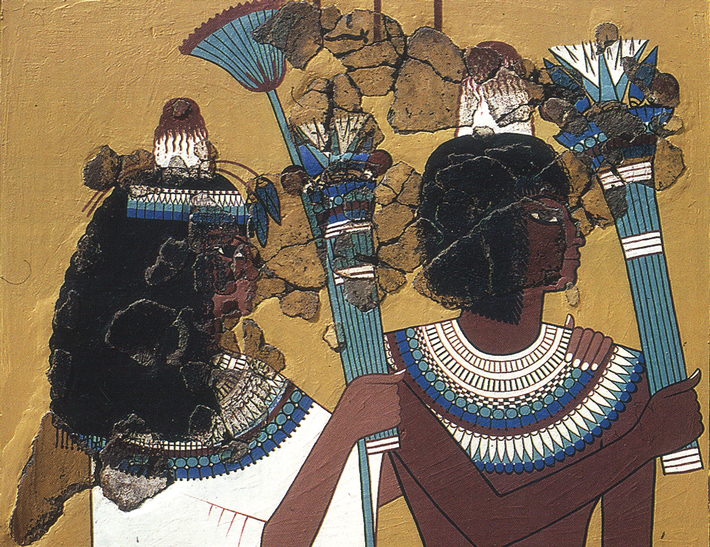 Egyptologists have long been puzzled by a type of figure in ancient Egyptian art depicted wearing an unusual kind of conical hat. These figures often appear in scenes depicting banquets, funerary rituals, or interactions with the gods. Scholars assumed that these strange headpieces were symbolic artistic devices, since no archaeological evidence of them had ever been uncovered. But new excavations of two burials dating to between 1347 and 1332 B.C. in Amarna have yielded proof that these headpieces did, in fact, exist. One hat was found atop the head of a female in her twenties, while the other belonged to a 15-to-20-year-old individual of undetermined sex. Analysis of the cones indicates that they were made of beeswax, perhaps molded around a textile lining. Experts are still unsure why some Egyptians wore the headpieces, or what they represent. “It’s probably wrong to think that there is one definitive answer as to the function and use of the cones,” says Monash University archaeologist Anna Stevens. “It seems that they placed the wearer in a special state, particularly a purified state, which was especially suitable when seeking out the company or assistance of divinities.”