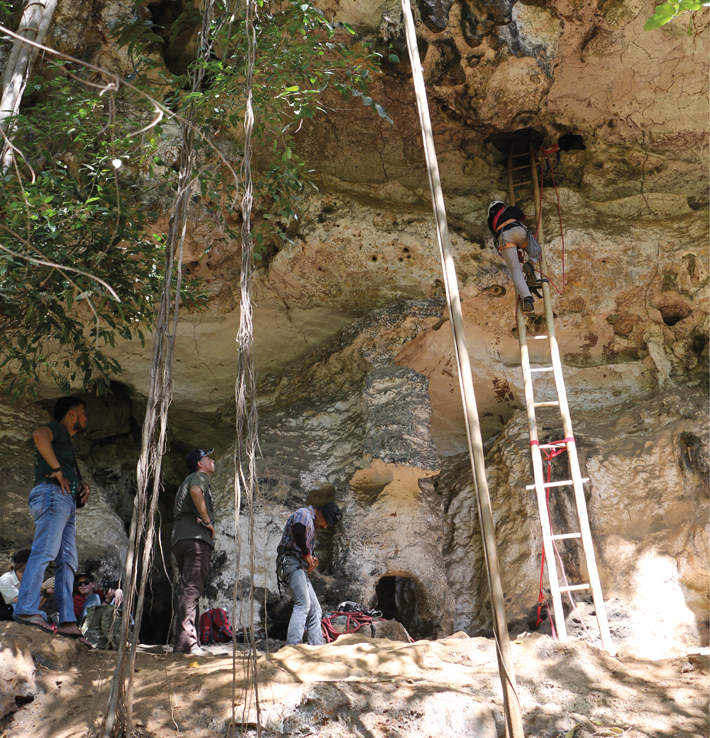 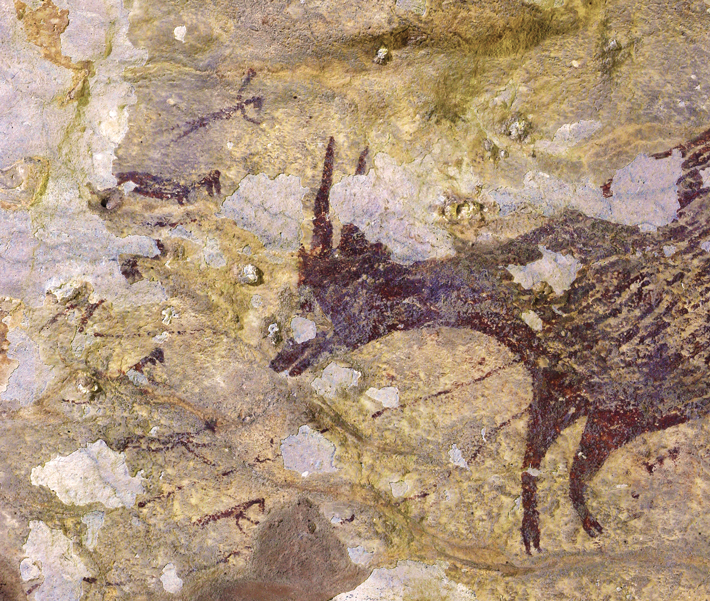 The world’s oldest known cave art created by modern humans, discovered on the Indonesian island of Sulawesi and recently dated to at least 44,000 years ago, has transformed researchers’ understanding of human artistic development. The illustrations feature a number of part-human, part-animal figures hunting wild pigs and dwarf buffaloes. The painting is, therefore, the earliest figurative artwork, the earliest pictorial narrative, and the earliest evidence that people conceived of supernatural beings, which is viewed as a necessary precursor to formulating religious systems of thought. “What is most surprising is that 44,000 years ago all the concepts of art were fully developed,” says archaeologist Maxime Aubert of Griffith University. “They must have had a much earlier origin in Africa, or just after humans left Africa.”

The researchers determined the minimum age of the painting by dating mineral deposits that have formed on top of it. These deposits contain trace amounts of uranium, which decays to thorium at a steady rate. Their age can be calculated from the ratio of the two elements. More than 200 cave art sites have been documented in this region of southern Sulawesi. The newly discovered work is some 65 feet above the cave floor, which helps explain why it escaped notice until recently.