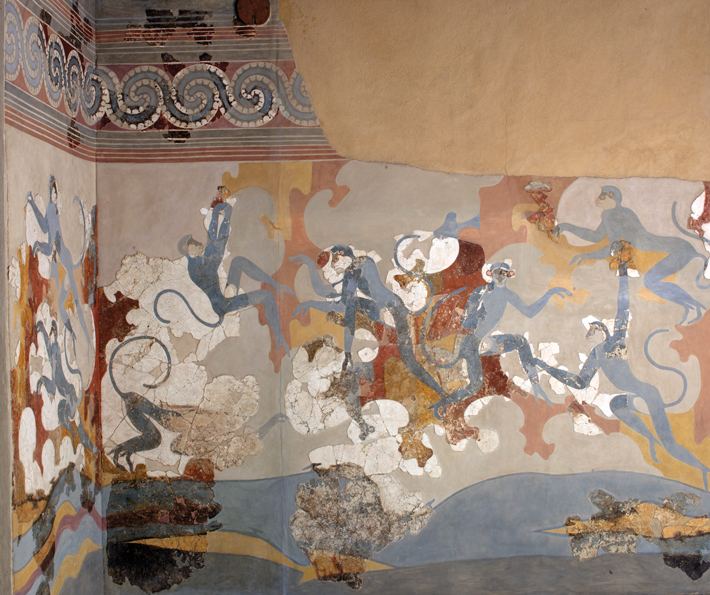 Scholars have longed believed that a Bronze Age Aegean painting of a troop of monkeys depicts stylized exotic primates cavorting about a rocky landscape. The fresco adorns a room in a two-story complex at the second-millennium B.C. settlement of Akrotiri on the Greek island of Thera. No monkeys are native to the region, and the depictions were thought to have been made by painters following Egyptian stylistic conventions, which often rendered animal species as abstract types. Now, a team led by University of Pennsylvania archaeologist Marie Nicole Pareja that includes primatologists and a taxonomic illustrator has concluded that the Akrotiri monkeys are, in fact, accurate depictions of langur monkeys, whose natural range is the Indus River Valley, some 4,000 miles away.

The researchers observed that the Akrotiri monkeys have S- or C-shaped tails, just as langurs do. Pareja believes this key detail shows that the artists who created the fresco must have seen the primates with their own eyes. “We think they had direct contact with the langurs,” says Pareja. “Textual sources suggest Mesopotamians imported critters from the Indus Valley, so it’s possible the painters encountered the langurs there, or elsewhere in the Near East.”