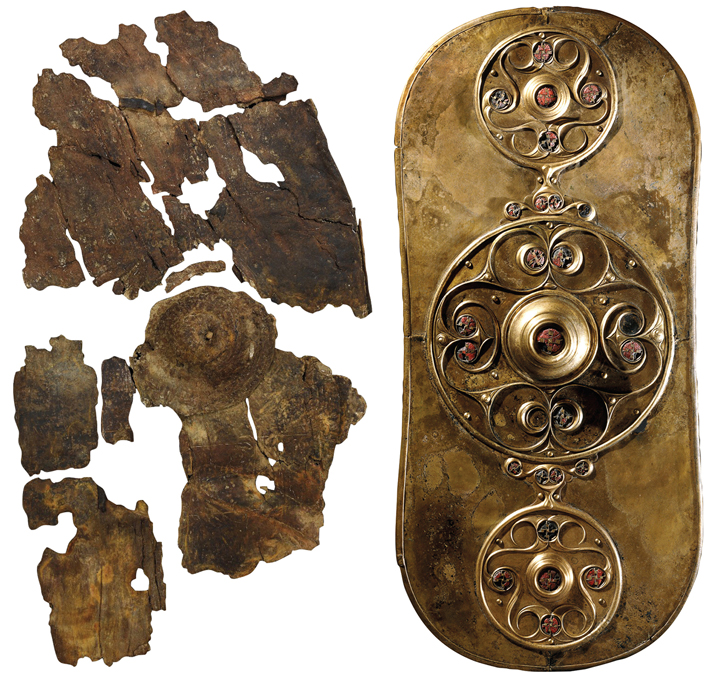 Given its life-saving potential, a shield might be a warrior’s most important resource. Although spectacular metal examples such as the Battersea Shield are well known, it’s the rare survival of shields fashioned from perishable materials that has produced a new understanding of the construction of these protective devices in Iron Age and Viking Age Europe. During a recent excavation near Enderby in central England, archaeologists discovered an Iron Age (ca. 750–43 B.C.) shield made of bark—the only such shield ever found in Europe. “The Enderby shield is a missing part in a whole sphere of organic shields, which must have once been abundant,” says archaeologist Matthew Beamish of University of Leicester Archaeological Services (ULAS). Some scholars have thought that the design of bark or wooden shields was based on metal examples, but the ULAS team suggests that the slight hourglass shape of Iron Age metal shields may instead have been modeled on the distinctive look produced by the drying process of bark or wood. Such bark or wooden shields were likely suited to light combat, where the relative weightlessness of the organic material offered a greater advantage than did the impregnability of a metal shield, explains Beamish. 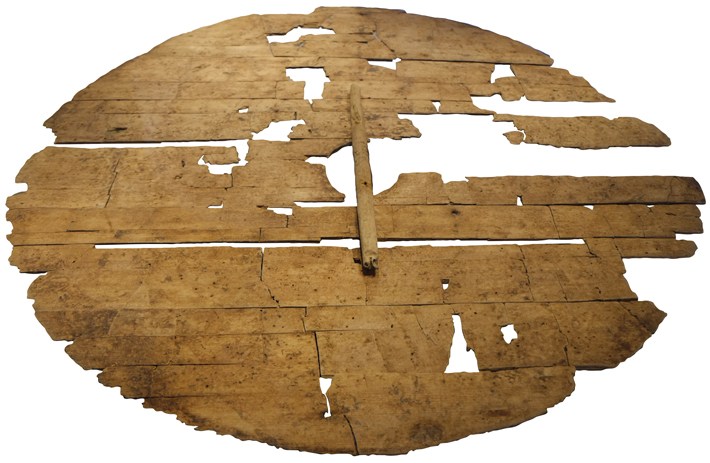 The impact of materials technology on the style of combat is also at the center of archaeologist Rolf Fabricius Warming’s recent investigation of shields made of animal hide. “Although it rarely survives in the archaeological record, hide has long been recognized as an essential component of shield construction used to reinforce extremely thin, easily splintered wooden shield boards,” says Warming, who is the founder of the Society for Combat Archaeology. Until now it hasn’t been possible to determine which animals the hides came from. Microanalysis of four Iron Age and Viking Age shields revealed that the hides employed were largely bovine skins, and that both deliberately tanned leather and rawhide were used, depending on what type of shield was required. “Hide was like the plastic of the age and could be processed into various products with different physical properties and levels of durability,” says Warming. “This dictated, or at least greatly influenced, the nature of combat and the fighting tactics of a shield’s carrier.”