The use of a blunt object to strike an opponent may be the simplest—and the oldest—method of armed combat. Two artifacts separated by an ocean and more than five millennia, however, illustrate that items appearing to have this particular function may actually have been designed and used for multiple purposes. The first, a club known as the Thames Beater, was discovered in the mud on the banks of England’s Thames River and dates to around 3500 B.C. The beater was likely a utilitarian object employed in a variety of daily activities, as well as for self-protection. “Single-function weapons of violence are largely absent in the Neolithic period in Western Europe,” says archaeologist Linda Fibiger of the University of Edinburgh. “We tend to think of them as weapon-tools that probably had multiple functions, which could include use as a weapon.” 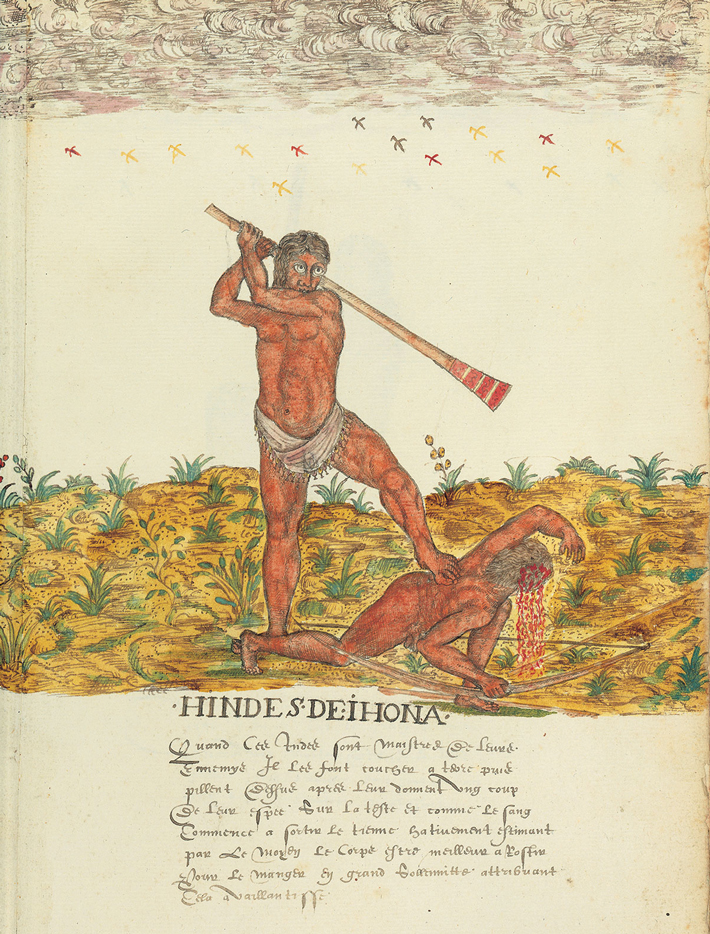 The second artifact, an ornately carved war club, was originally recovered in the 1970s from the wreck of the Spanish ship San Pedro, which sank off the coast of Bermuda in 1596. It may have been used in combat only sparingly, if at all. This type of club, which rarely survives, was wielded by Carib-speaking people from the region surrounding the mouth of the Orinoco River in Venezuela and on the Caribbean islands to the north. Some examples were collected as curios by early colonial explorers. “These clubs were formidable weapons made of heavy, durable wood, though their considerable length would have made them somewhat unwieldy, unless you were a certain distance from your opponent,” says archaeologist Joanna Ostapkowicz of the University of Oxford. “I would think this style of weapon became more linked with status—the longer and more impressive your club, the higher your standing in the community.”