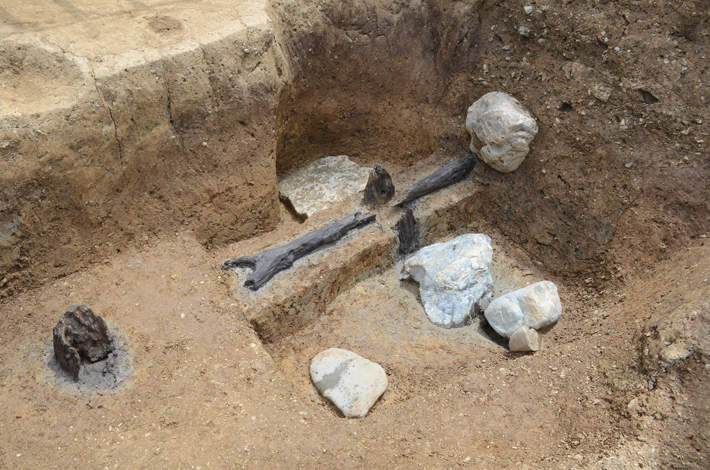 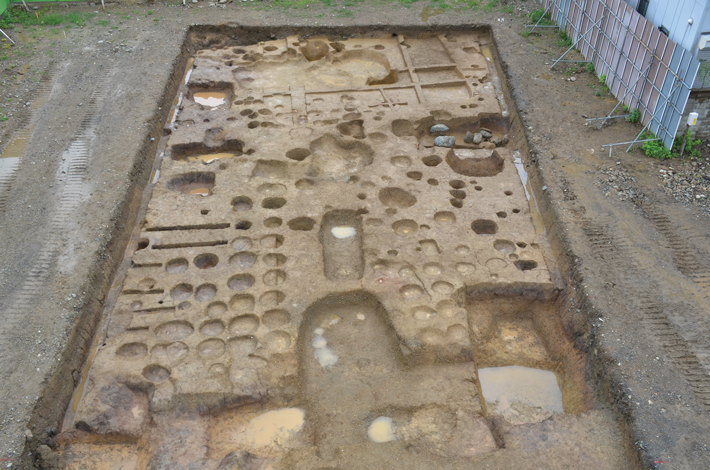 The oldest known remains of a sake brewery in Japan have been unearthed by archaeologists in Kyoto. Discovered ahead of construction on the former grounds of the Zen Buddhist Tenryuji Temple in the city’s Saga district, the brewery is believed to have been in use during the period leading up to the Onin War (ca. 1467–1477), a power struggle between the ruling Muromachi Shogunate and an alliance of rebellious feudal lords that ravaged Kyoto. The brewery remains include a cellar, storage jars, and a heavy wooden press, in which cloth bags holding unrefined sake were squeezed to produce the finished product. “The facility is estimated to be approximately three hundred years older than one built in 1674 in Itami City, which was considered the oldest until now,” says site director Masato Murao of the cultural heritage excavation and research firm Kokusai Bunkazai Co. Ltd. According to Murao, 17 sake breweries operating in the Saga district were recorded in 1425. He adds it is likely that monks and other members of the Tenryuji Temple made significant—and untaxed—profits brewing sake at the time.