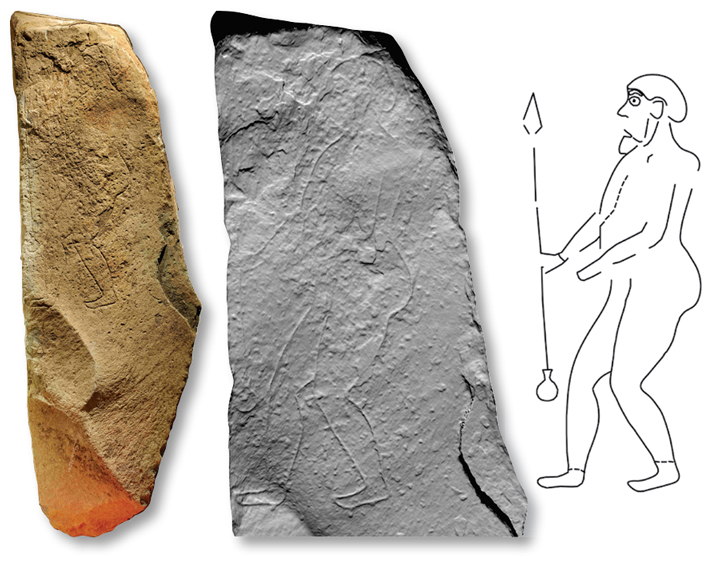 A six-foot-tall monolith called the Tulloch Stone offers new evidence of the beliefs of the elusive Picts of ancient Britain, who resisted the Romans and later formed powerful independent Scottish kingdoms. Discovered by construction workers during a road project in central Scotland, the stone features a carving thought to date to the fifth or sixth century A.D. of a possibly unclothed man carrying a spear with a doorknob-shaped end. Similar figures, each holding an identical spear, are carved on two other Pictish stones that were found in cemeteries in Scotland dating to roughly the same period. Archaeologist Gordon Noble of the University of Aberdeen says that, rather than representing deceased individuals, all three carvings probably depict a pagan warrior god. “By the post-Roman period, this was very much a warrior-oriented society,” Noble says. “These images seem to represent a distinctive regional manifestation of a warrior ideology.”