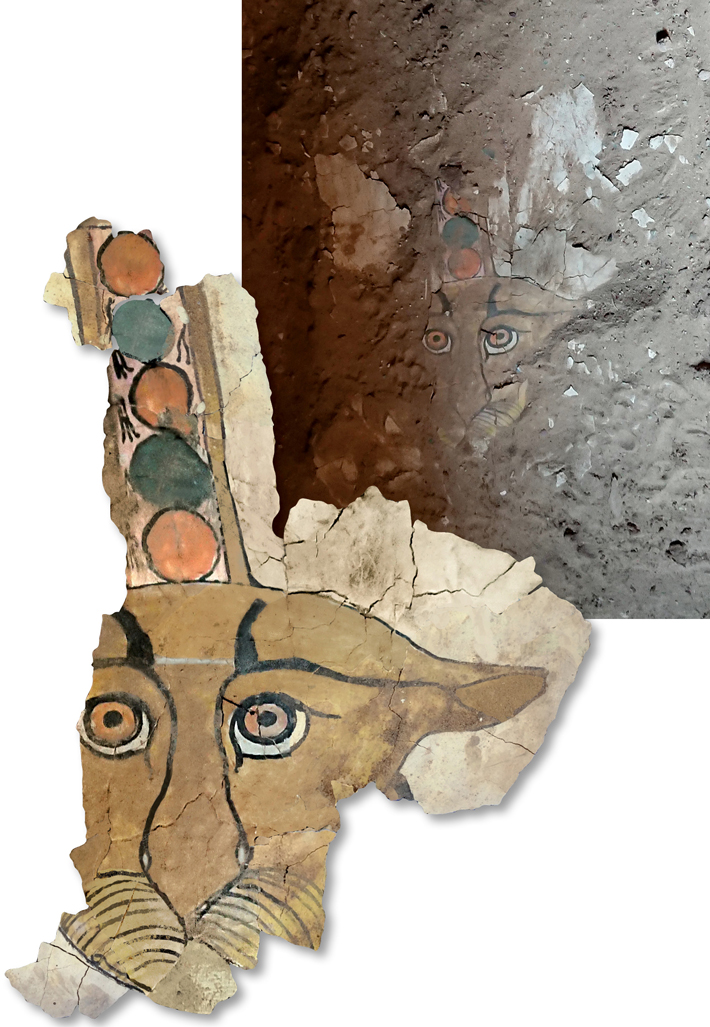 For more than 1,000 years, Egyptians buried their dead at the Aswan necropolis, on the banks of the Nile. In one tomb, which contained as many as 30 bodies, a joint Italian-Egyptian team recently noticed a painted leopard’s face peering at them from the soil. The painting, which may once have decorated the lid of a sarcophagus, is in an extremely delicate state of preservation, making it difficult to remove. Now the researchers have digitally reconstructed the face of the painted feline, which accompanied one ancient Egyptian’s journey to the afterlife around 2,100 years ago. “We understood that the very fragile piece of wood could be restored and returned back to its original splendor,” says University of Milan archaeologist Patrizia Piacentini. “For the moment, the restoration is only virtual, but we hope to get the same results with an actual restoration.” In ancient Egypt, the leopard was a symbol of power and strength. Egyptologists believe the painted animal’s face would have been positioned directly above the deceased’s head to provide guidance and protection in the afterlife.