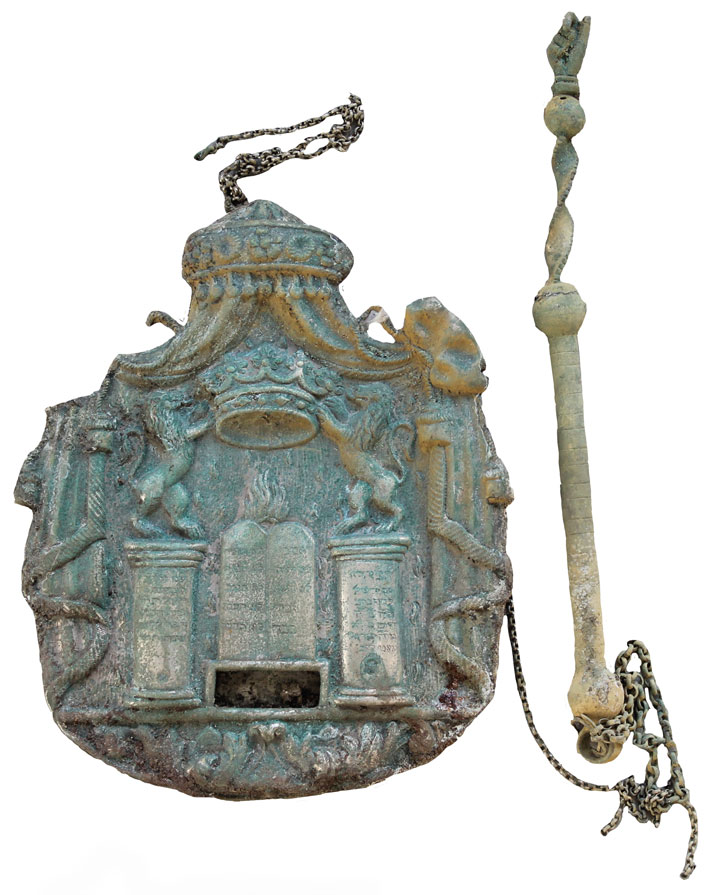 First decade of the 20th century

Jews first settled in the Polish town of Wieliczka during the fourteenth century, when they were granted the right to extract salt from the vast local mine. A Jewish population continued to live in the town until August 27, 1942, when 8,000 Jews were deported by the Nazis to death, labor, and concentration camps across the country. Yet, despite the Nazis’ determination to annihilate it, evidence of this thriving Jewish community survived in the city’s Old Synagogue. There, archaeologist Michał Wojenka of Jagiellonian University’s Institute of Archaeology recently unearthed the remains of a wooden box filled with 350 artifacts, including silver cups and candlesticks, brass chandeliers, and this Torah shield and pointer. 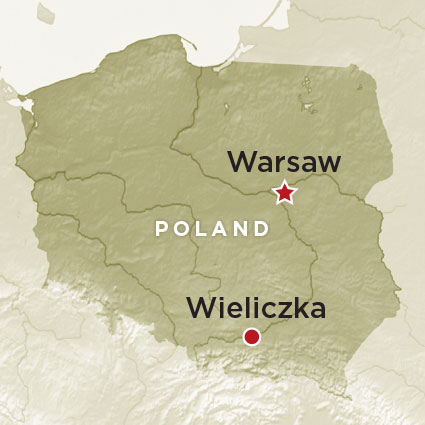 At first Wojenka thought that the hoard dated to World War II. But army officers’ badges he found among the treasures suggest that the box was likely actually buried during World War I, when this area of Poland was part of the Austro-Hungarian Empire. In 1914, the advancing Russians drew close to the town. “We know that elsewhere some Russians confiscated metal objects,” Wojenka says. “Maybe Wieliczka’s Jews feared this, and buried the synagogue’s inventory.” This might also explain the presence of the Austro-Hungarian army officers’ badges. “They knew the Russians were right around the corner and may have decided to get rid of their officers’ distinctions,” he adds. Regardless of precisely when the hoard was buried, discovering it has had a profound impact on Wojenka. “It was extremely emotional for me,” he says. “It was like bringing to light a piece of the shared past of both Jews and non-Jews in Poland. I think that awareness and memory of this past is something that present-day inhabitants of Poland owe the Jewish community. Poland was our common home.”