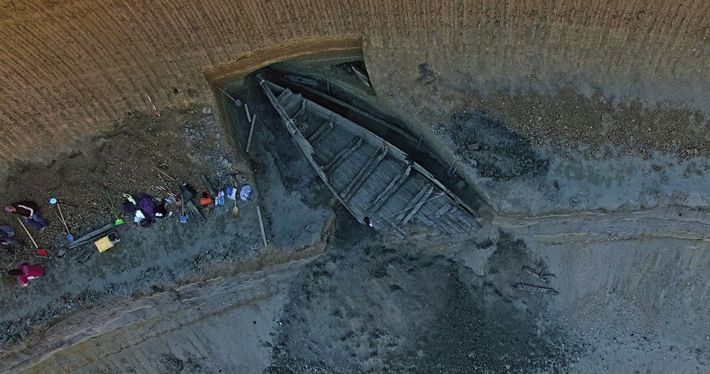 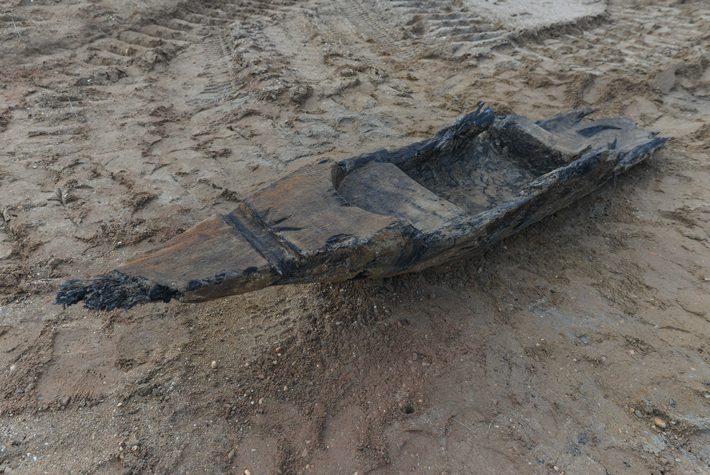 Strip miners in the eastern Serbian town of Drmno uncovered a flat-bottomed ship and two monoxyles, or dugout longboats, along the banks of an ancient tributary of the Danube near the garrison at the Roman city of Viminacium. Measuring nearly 50 feet long and built for navigating shallow waters, the ship, which carried a crew of between 30 and 40, was used for either transport or combat. The timber-carved longboats were of a type used by the Avars and other nomadic groups who attacked the Romans at Viminacium. All three vessels likely date to the Roman period, explains archaeologist Miomir Korać of the Institute of Archaeology in Belgrade. “There is a possibility that the monoxyles were part of the invasion fleet that ultimately ended life as the Romans knew it at Viminacium in the early seventh century A.D.,” he says. “It looks like they were simply abandoned on the banks.”