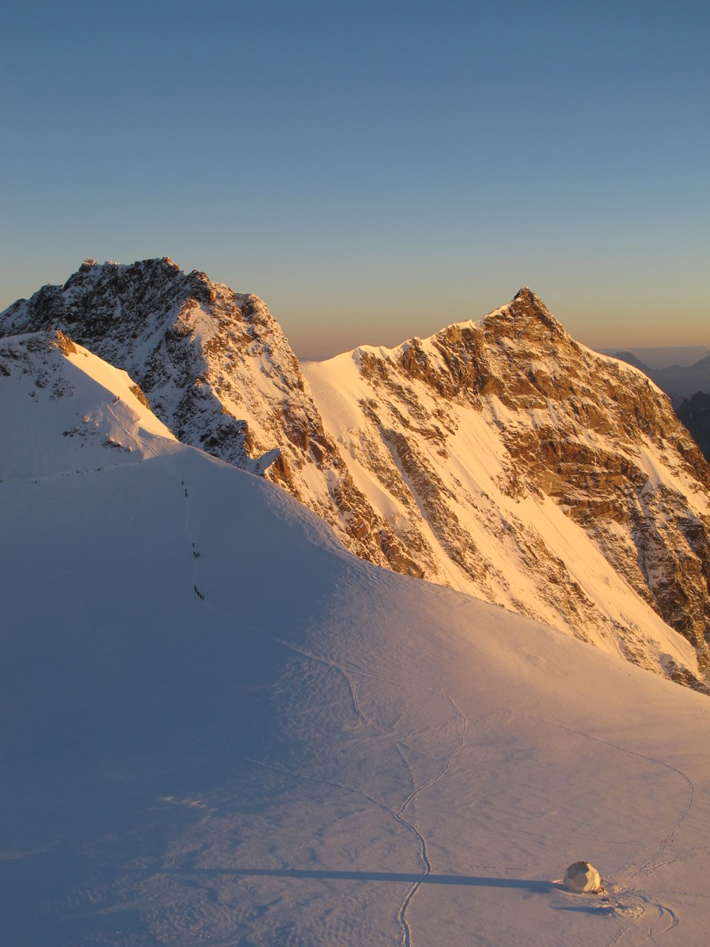 Lead pollution levels from the Middle Ages preserved in an ice core taken from Colle Gnifetti glacier in the Swiss Alps reflect political upheaval in England, some 500 miles away, a multidisciplinary research team has found. In addition to studying archaeological data and tax records, the researchers used lasers to measure how lead levels in the core changed from year to year. They observed a major spike in lead pollution during the reign of the English Angevin kings—Henry II, Richard I, and John—between 1154 and 1216, when economic growth led to an increase in silver and lead production from British mines. Lead particles from the extraction and smelting processes were carried southeast by weather patterns, and traces of the metal were trapped in Swiss glaciers.

The researchers noticed fluctuations in annual pollution levels, which they were able to correlate with specific historical events. During wartime or when a monarch died, lead production dipped, leading to lower levels. When a new monarch was secure, there were usually major building projects that required an increase in revenue and raw materials, which, in turn, produced more pollution. Specific occurrences that appear to match changes in lead pollution levels include the death of Henry II, in 1189, Richard I’s absence during the Third Crusade, from 1190 to 1194, and the assassination of Thomas Becket, archbishop of Canterbury, in 1170. “The whole team was very surprised at the extent of demonstrable association between political events, lead production, and lead and silver pollution in the glacier,” says University of Nottingham archaeologist Christopher Loveluck. “It was one of those ‘X marks the spot’ moments that never happen.”