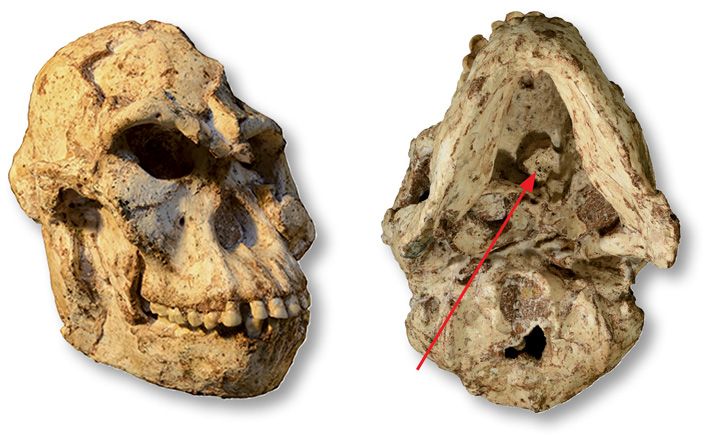 Skulls receive most of the attention in the study of human evolution, but the atlas vertebra, which sits just beneath the cranium at the top of the spinal column, can also provide valuable information about humanity’s early ancestors. Atlas vertebrae rarely survive in the fossil record, but the skeleton of “Little Foot,” a 3.67-million-year-old human ancestor belonging to the species Australopithecus prometheus, which was discovered at the site of Sterkfontein in South Africa, includes a particularly well-preserved example. An international research team recently made a micro-CT scan of Little Foot’s atlas vertebra. It revealed that the australopithecine had already evolved a humanlike head posture even though it had an ape-size brain measuring just one-third the size of a modern human brain. The scan also showed that, compared with modern humans, blood flowed through the atlas vertebra to Little Foot’s brain at a much lower rate. According to Amelie Beaudet of the University of the Witwatersrand, this indicates that australopithecines probably did not eat the calorie- and protein-rich diet that allowed larger brains to evolve.