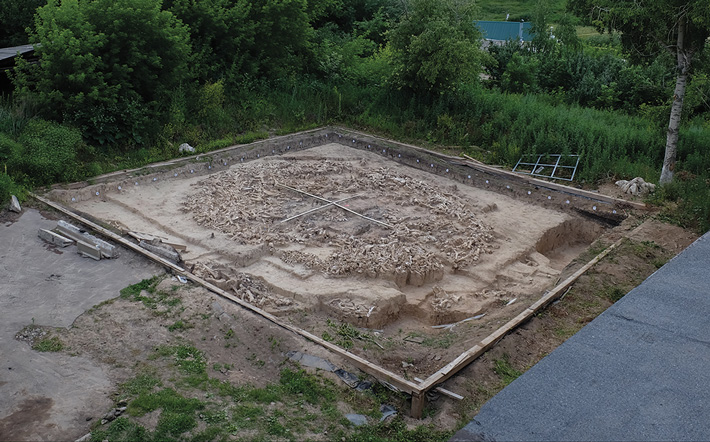 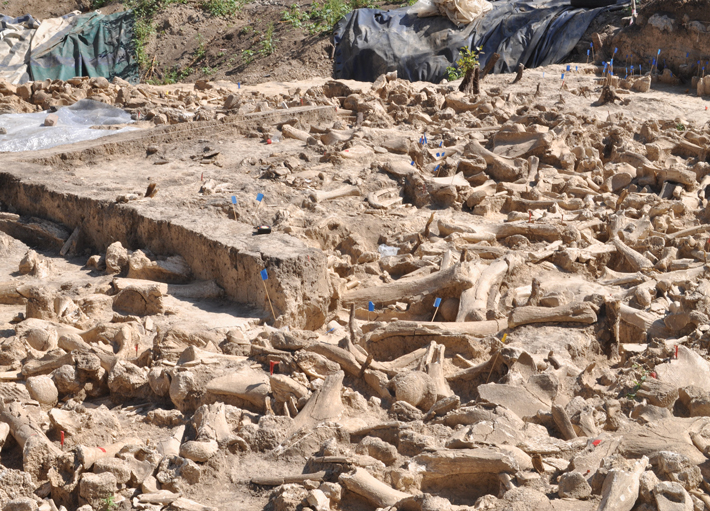 When a circular structure measuring more than 40 feet in diameter, made entirely from mammoth bones, was discovered in western Russia in 2014, its purpose was unclear. Now, researchers have investigated debris from the site of Kostenki, which is located along the Don River just south of the Russian city of Voronezh and was inhabited by hunter-gatherers some 25,000 years ago. By separating possible evidence of human habitation, such as charcoal produced by fires, from sediment, they determined that the structure was likely not used for shelter. “The density of this debris was far less than we’d expect to see if it was an intensively occupied dwelling,” says archaeologist Alexander Pryor of the University of Exeter. It would have been difficult to build a roof on such a large structure, he adds. Furthermore, many of the bones used to build it appear to have had fat and cartilage still attached to them, which would have created a smelly, unhygienic environment. Instead, Pryor suggests, the structure may have been used to store food, possibly allowing the community to eat well while remaining at the site for weeks or even months at a time.